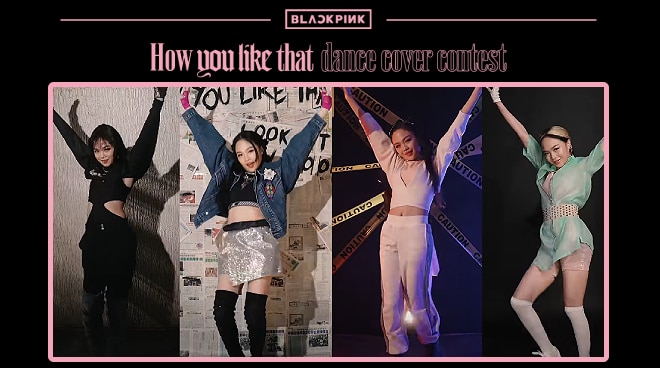 After joining in Korean girl group BlackPink’s latest dance cover contest, AC Bonifacio expressed both excitement and disbelief after she read her name as one of the winners in BlackPink’s official social media accounts. The Star Magic artist won second place for her dance cover of “How You Like That” which went viral with more than 4 million views on YouTube after being uploaded last July 1.

YOOOOOOOO WAIT WHAT WE'RE ALL CRYING AND SHAKING HERE RN THE WHOLE TEAM IDK WHAT TO DO WAHAT https://t.co/jZDb2QatwE

The official dance cover contest held by BlackPink’s talent management YG Entertainment also announced the other winners, writing in the post, “We would like to thank everyone for your dedicated interest and participation. With gratitude, we have selected 2 extra teams for the Special Award, in addition to the original 3 winning teams. A small gift will be provided to the winners of the Special Award.”

Third place went to Vietnam’s B-Wild with South Korea’s Premium Dance Studio clinching the top spot. All entries had the participants performing the K-pop group’s choreography for their song “How You Like That.” For her video, AC channeled the looks of all four Blackpink members Lisa, Jennie, Rose, and Jisoo.

AC Bonifacio first entered showbiz as the first grand champion of Filipino TV dance competition Dance Kids along with Lucky Ancheta In 2016 where they were known as "Lucky Aces."

The duo were also featured in The Ellen DeGeneres Show as well as being one of the guests of Ariana Grande’s shows in Vancouver, British Columbia where AC was born. The multi-talented 17-year-old also joined the first season of Your Face Sounds Familiar kids edition in 2017 where she finished in third place. She first started acting that same year in Wansapanataym Presents The Amazing Ving. Currently, AC is part of the girl group Just A.S.K. along with Sheena Belarmino and Krystal Brimner.