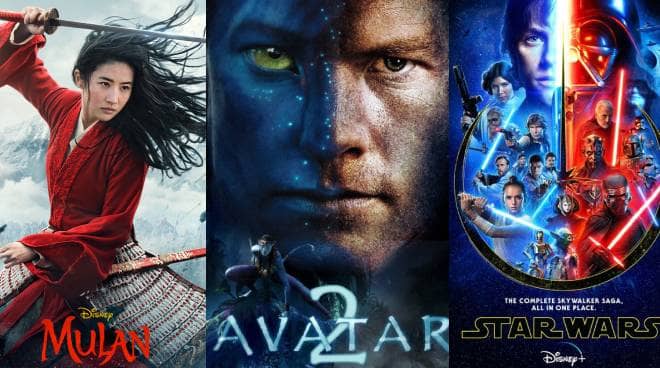 With the ongoing global crisis due to the COVID-19 virus pandemic, the entertainment industry continues to adjust its release dates for projects this year including the much awaited sequels to Avatar and Star Wars films. Last July 23, Disney announced that it is once again delaying the release of their live-action remake of Mulan to an indefinite date and pushing back the premiere of the latest installments to the Avatar and Star Wars franchises to at least a year.

The action-drama film, based on the Chinese folklore The Ballad of Mulan, is a live-action adaptation of Disney's 1998 animated film that was originally scheduled for release last March before the lockdown and was rescheduled to August. But now that the schedules have been reshuffled, Disney has yet to announce the film’s new release date. As one of the pillars of the global entertainment business, Disney said the decisions were made in consideration to production shutdowns and closure of cinemas amid the coronavirus crisis.

In a recent statement made by a Walt Disney Studios spokesperson on the NBC news website, the entertainment company admitted they are still deciding on the best possible time to release the films, “Over the last few months, it's become clear that nothing can be set in stone when it comes to how we release films during this global health crisis, and today that means pausing our release plans for 'Mulan' as we assess how we can most effectively bring this film to audiences around the world.”

Director Niki Caro’s Mulan tells the tale of a young Chinese woman who disguises herself as a male warrior. It is the first major Disney movie that will feature an all-Asian cast. The film also drew controversy last year after its lead star, Chinese-American actress Liu Yifei. a naturalized US citizen, made a statement voicing support for Hong Kong’s police force who were doing a crackdown on protestors.

Last July 24, Avatar director James Cameron voiced his dismay in the delay of production in an official statement posted on Twitter. He wrote, “As many of you are aware, due to COVID-19, we were forced into an unexpected lengthy delay in starting the live action filming we are currently doing in New Zealand. What most of you likely do not know is that the pandemic is still preventing us from being allowed to recommence most of our virtual production work on stages in Los Angeles,” he shared.

A message from James Cameron.

The original Avatar was a groundbreaking film for its extensive use of computer animation and special FX.