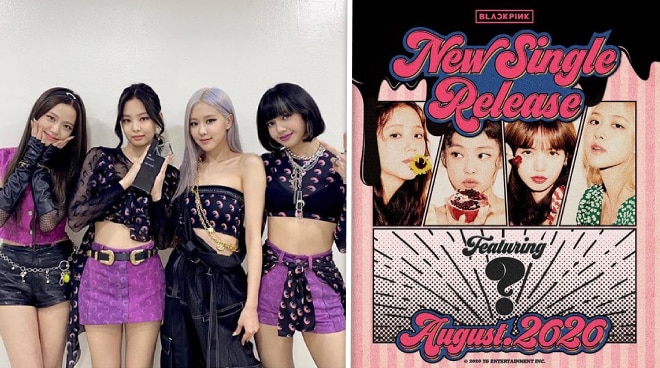 Fans of South Korean girl group Blackpink — collectively known as Blinks — filled social media with wild guesses now that the four-piece group is moving to the next stage of their three-step comeback with a mystery artist.

Blackpink, through a post made across various social media platforms, teased that the next single off their upcoming first full-length album will be released in August. But the part that excited fans the most was the fact that the song will feature an artist whose identity has yet for fans to find out.

Sending Blinks into a frenzy, Blackpink brought on a guessing game among fans with thousands making various speculations as to who the secret collaborator of the girls might be. The likes of Ariana Grande, and fellow K-Pop acts Momoland and Red Velvet were just some of the names who made it to the fans’ long list of guesses.

AIIYL IS FINALLY GETTING A SISTER AND IT'S LIKELY FEATURING ARIANA GRANDE OMFG WE WON @BLACKPINK pic.twitter.com/YbNgRc4fjN

and if it ends up being a blackpink x red velvet collab? then what? pic.twitter.com/RofbeMuTeH

THE MYSTERY ARTIST FOR BLACKPINK IS MOMOLAND???

Blackpink last collaborated with Lady Gaga for the pop legend’s “Sour Candy” off the album “Chromatica.”

Prior to Lady Gaga, the K-Pop stars collaborated with another pop icon, Dua Lipa, for the song “Kiss & Make Up.”

Meanwhile, fans can expect Blackpink’s new album to come out on September.