South Korean group Verivery took on a game called ‘Call Me By Your Language.’ 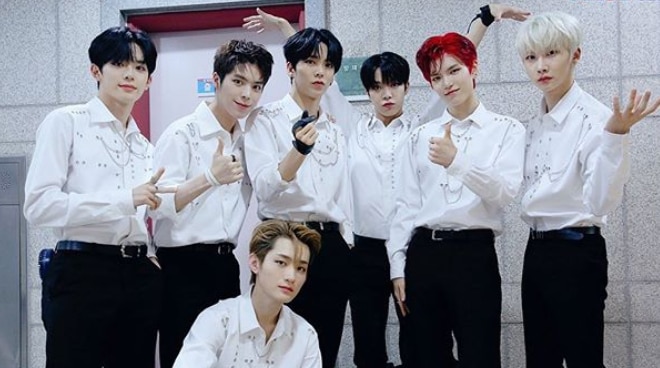 South Korean group Verivery took on a game called “Call Me By Your Language” which required them to speak in Tagalog.

In the said game, each member of the group had to read a pickup line sent in by a fan and answer back with a message which will be later on translated into Tagalog for them to read.

Gyehyeon, on the other hand, opted to do a “skit” as he responded to a fan who throwed a “banat” at him.

Yeonho then responded by posing in front of the camera and said: “Kunin mo ngayon ang aking litrato.”

Meanwhile, Yeongseung got a message from a fan named Danica who asked if he can follow him — the man of his dreams.

The last one to read a message from a fan — Kangmin — received something that may sound too familiar for many Filipinos. The fan wrote: “Kangmin, si Google ka ba? Kasi lahat ng hinahanap ko nasa iyo na.”

Verivery isn’t the first K-Pop group to take on the same challenge. Back in February, Pentagon gamely took on the challenge.

In 2019, the sextet released the EP called Veri Us with the song “Ring Ring Ring” serving as the lead single.

Last March, the group joined the Mnet-produced reality television show Road To Kingdom where they placed fifth in the competition.