Vlogger Nas Daily speaks up to defend Wil Dasovich after their podcast interview. 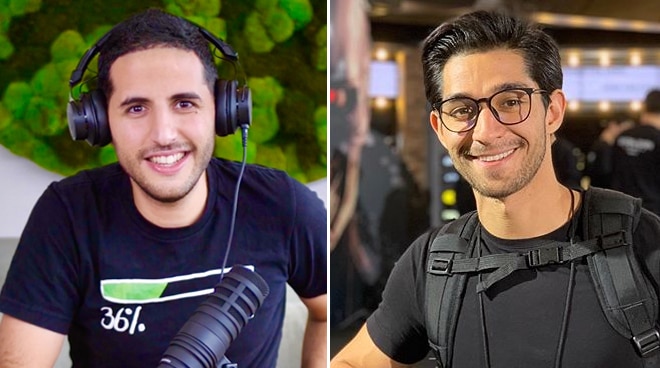 When Pinoy vlogger Wil Dasovich guested on the podcast of Arab-Israeli vlogger Nuseir Yassin (more popularly known for his Facebook page Nas Daily), the two influencers got into a discussion about vlogging which at one point, the subject of the recent shutdown of ABS-CBN and the significance of the matter for content creators was brought up. This was during the second episode of Nas' new podcast called Nas Talks

During the podcast, Nas shared his view that content creators don't have to avoid talking about news or politics in their vlogs because in circumstances like this, their channel can be a source for news. He said, “Just to clarify, when I talk about news I don't say the bad things. I mean like, I learn something about the world from you. If you want to make it positive, then it's positive. If you want to make it negative, then it's negative,” he told Wil.

The former PBB housemate admitted to Nas that he has tried to stay away from talking about politics in order to avoid upsetting a huge group of people. His view has made him the target of netizens who don’t agree with being neutral or “fence-sitting” in a time of national crisis. The backlash has prompted Nas to defend Wil in his own Facebook account last July 19.

It’s me again! I want to correct something.

Recently, I announced an episode of my new podcast "Nas Talks" with Wil Dasovich. It was a very fun episode.

But sadly, it’s being taken out of context in some online articles, and it pains me to see that.

Wil and I are good friends. The podcast was very friendly. But when you write it down in text or an article, it looks like it was all serious and grumpy. It wasn’t.

I don’t want anyone to use this podcast or my conversation with Wil to further anyone’s political ambitions or use it against Wil. We are both trying to figure out what to do with social media. It’s a whole new world for both of us. And we’re doing our BEST to make it a NET POSITIVE to the world.

Everyone has a different way of achieving their goals. And we have to respect that.

If you want to form an opinion, I would advise you to do it not based on quotes, but based on research. Luckily, Wil and I spoke for 1 hour - so after listening to the whole thing, you should make an informed opinion.

Thank you so much for your continued support! I hope this clears things up”

Watch the full episode of Nas’s podcast with Wil here:

Nas Daily is a Facebook vlogger with 7.5M followers and YouTuber with 1.38M followers who is famous for his informative travel videos and human interest stories. Wil Dasovich is one of the pioneering vloggers in the country with over 2.52M YouTube followers and features positive content about traveling and daily life.