Lotlot de Leon said that she is proud of her daughter Janine Gutierrez for taking a stand. 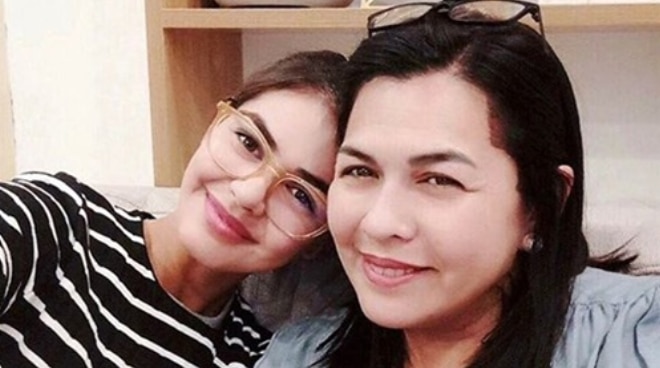 Lotlot de Leon remarked that she is proud of her daughter Janine Gutierrez for taking a stand and for being vocal about the issues that are hounding the country.

The actress highlighted that Janine is outspoken because she is a principled woman.

"It's very important that before you comment about anything, pag-aralan mo muna 'yun. I trust my daughter. She speaks because she knows what she's talking about, because she believes in something. Kasi may prinsipyo siya bilang Pilipino," she said in the media conference of the iWant series Beauty Queens as reported by ABS-CBN News.

Lotlot said that others might not agree with what Janine says, but it's important that her daughter exercises her right to speech especially when it comes to matters affecting the country.

"Not everyone will agree with what we all have to say. Merong mga iba na hindi aayon sa mga opinyon natin, meron namang iba na umaayon," Lotlot said.

"I think she should just continue what she's doing, and be the principled woman that she is. I'm very proud of her for doing that," she remarked.

Janine has been very vocal on social media about her stand on the policies and actions of the Duterte administration.

The actress has recently criticized the passage of the Anti-terror bill.

She has also expressed support recently for the embattled ABS-CBN, which the House committee shut down by voting 70 to 11 on July 10.

For Janine, staying informed and speaking out on matters affecting the Filipinos is essential.

to those people who say those comments & promote this culture of silence - you're killing our democracy.

"It's your right as a Filipino to speak up, question and be involved. I will keep repeating THAT YOUR VOICE MATTERS,” she remarked.