Kris Aquino on Monday broke her social media inactivity to explain the status of her supposed television comeback, amid rumors that her new talk show, titled “Love Life With Kris”, has been put on hol 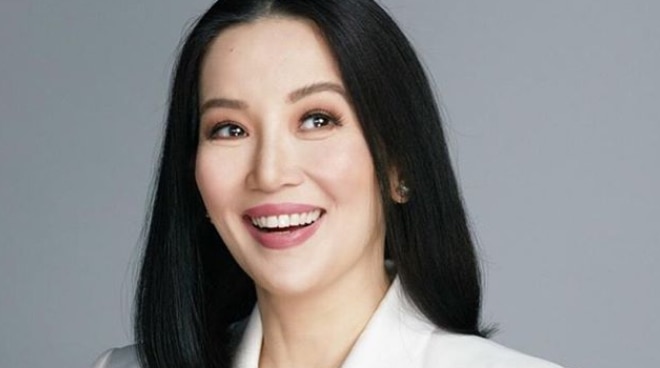 Kris Aquino on Monday broke her social media inactivity to explain the status of her supposed television comeback, amid rumors that her new talk show, titled “Love Life With Kris”, has been put on hold.

On Instagram, the former actress wrote: “An EXPLANATION: something I cannot give you because i don’t possess clear facts. BUT—my heart knows that the station where I was to have a block time slot is part of a huge conglomerate that took a risk with me with their prized jewels when I embarked on my digital journey in 2017.

i thank my sisters for being my source of peace & calm... i thank @jeffvadillo, the @cornerstone FAMILY, and @visionerickson for finding a new, more EXCITING path for me to take... i thank @gideon.pena for his diligence in protecting me... and i thank my sons for allowing me to see that there’s no need to keep holding on, because i must just let myself be held in the warmth of their love. 🤍

“And I BELIEVE in their leader’s INTEGRITY. That conviction though tested, because after all I am HUMAN, remains steadfast. When others turned their backs on me, his group opened their doors... kaya simple lang, smart na ko...”

Recently, rumors surfaced that Kris’s new talk show, which came right on the heels of her contract signing with Cornerstone Entertainment in late June, had been either postponed or cancelled. It was scheduled to premiere on July 25.

According to entertainment columnist Salve Asis of Pilipino Star Ngayon, “politics” had gotten in the way of Kris’s return to television—with the producers of the program being unable to reconcile issues with the TV network executives.

Meanwhile, in her post on Monday, Kris also shared her realizations over the past several months, all summarized into six words.

“SILENCE: an act we all know in the past I was incapable of, but I am NOW living proof, a person can mature and control her emotions,” she began.

“SELFLESSNESS: an admirable quality, I admit, was unattributable to me...but that’s why my father’s life anthem was IMPOSSIBLE DREAM.. I am proudly his daughter in every sense of the word,” she added, referring to her father, slain senator Benigno Aquino, Jr.

Kris then cited “pain”, “that which gives us a clearer version of who we are, and what we are made of” and “patience” which, she said, the past four, tumultuous years have taught her.

She went on to talk about “family,” quoting the famous line: “Together we stand, divided we fall.”

“A deathbed promise of UNITY COME WHAT MAY we made to our mother... a few weeks before her 11th death anniversary, we had to be reminded by trials that would break even the strongest, that we were born SURVIVORS,” Kris wrote, this time, referring to her mother, the late former vice president Corazon “Cory” Aquino.

“We had a MOM who shielded us, protected us, patiently molded us, all the while ultimately fulfilling her PROMISE TO OUR FATHER; and and in my case, she believed the day would come when I would not give in to my worst impulses and only choose battles worth putting my armor on for,” she added.

She concluded the list with “destiny”, saying: “Time shall dictate when I can share my story, our family’s recent story with you… I pray to have a larger forum to give you hope because as a mother I know, the strength of our country will come from investing in our future—our CHILDREN: their health and nutrition, their education, their safety and wellbeing… And I know all parents share my sentiments. We must survive today, in order to give them faith in tomorrow.”

Kris went on to extend her gratitude to her sisters, Ballsy, Pinky and Viel, her Cornerstone family, her lawyer-friend Gideon Peña, and, most importantly, her sons for Josh and Bimby, “for allowing me to see that there’s no need to keep holding on.”

“Because I must just let myself be held in the warmth of their love,” she said.