Bela Padilla files case against man who claimed to be her boyfriend: ‘Don’t come to my house ever again’ 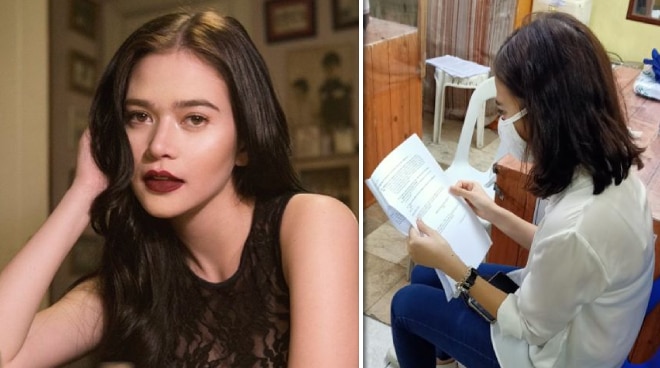 Last July 13, Monday, actress Bela Padilla filed a formal case of unjust vexation against a man who went to her condo building and claimed to be her former classmate and boyfriend. In an exclusive report by MJ Felipe on TV Patrol, the On Beer, Vodka, and Regrets actress shared that the man showed up at her residence and brought along with two other male companions while requesting to see her.

Since the security supervisor of Bela’s condo was informed that the actress was not expecting any visitors that day, he requested for the man to provide identification and it was discovered that he had two other male companions in his car. The man was not exhibiting any reckless or drunken behavior but it can be deduced that he was a fan of Bela based from the photo he provided. “Nagsabi siya na kaklase ko daw siya sa Davao. Eh hindi naman ako ever nag-aral sa Davao tapos nag-iba na yung kuwento niya. Sinabi niya sa guard na boyfriend ko daw siya. I’ve never met this guy,” she explained.

In the July 13 report of TV Patrol, Bela also shared that this was not the first time she has had a stalker. Two years ago, she revealed she received mysterious packages like a book inserted with dead insects. Bela decided to bring the case to the authorities after fearing for her own safety. A case of unjust vexation was filed against the unwanted visitor. “Don’t come to my house ever again. You’re never invited,” she said.

EXCLUSIVE: Bela Padilla files formal case against a man who went to her residence & insisted to go inside the actress' unit. With two male companions, the suspect introduced himself as Bela's classmate & 'boyfriend'. The man has already been identified. Full details on @TVPatrol pic.twitter.com/Yj84rDltYG

In her latest Twitter post, Bela shared a message she received from a friend regarding the incident. However, the actress said it is not bad to be good to other people.

“A friend tried to comfort me by saying ‘that’s what’s hard when you’re kind.’ But I refuse to change and be mean because of a person who tried to harm me. It’s not my fault if I am kind, it’s his fault that he did something wrong. Don’t let your heart harden because of anyone,” she stated.