Sharon Cuneta thanks Angel Locsin for always showing concern for her. 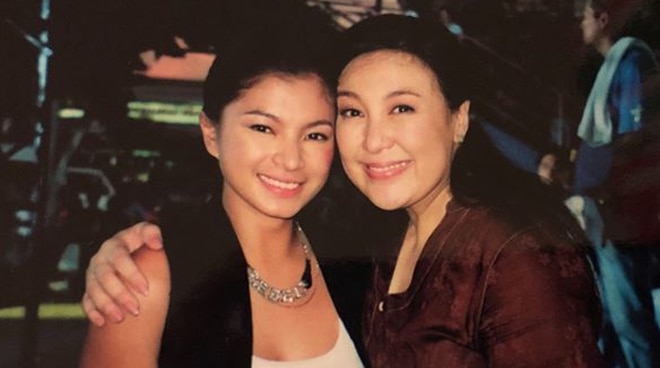 As one of the most vocal celebrities on social media, Sharon Cuneta is one of the Kapamilya stars who has had to deal with multiple issues hurled at her and her family these past few months. Most recently, the Megastar also shared her personal sentiments regarding all the online bullying and bashing she has to deal with.

Being married to Philippine senator Francis “Kiko” Pangilinan with whom she has two daughters Frankie and Miel and son Miguel, Sharon has also had to defend her husband and elder daughter from opposition supporters who threaten their safety as well as the barrage of malicious comments they have to deal with online. Most recently, Sharon also forgave her former friend and showbiz writer Ronald Carballo who gave a public apology after she revealed her grievances against him online.

READ: Sharon Cuneta decides to forgive former friend Ronald Carballo: ‘Please use this chance and learn from this lesson’

Most recently, Sharon also penned a lengthy post directed towards her bashers and online trolls who keep posting negative comments about her. The 54-year-old actress got emotional in her post about how she has been on the receiving end of many unkind the comments from anonymous accounts.

A post shared by ActorSingerPresenter (@reallysharoncuneta) on Jul 9, 2020 at 6:58am PDT