PUSH X LIFESTYLE: Why did Alyssa Valdez open her own training facility? 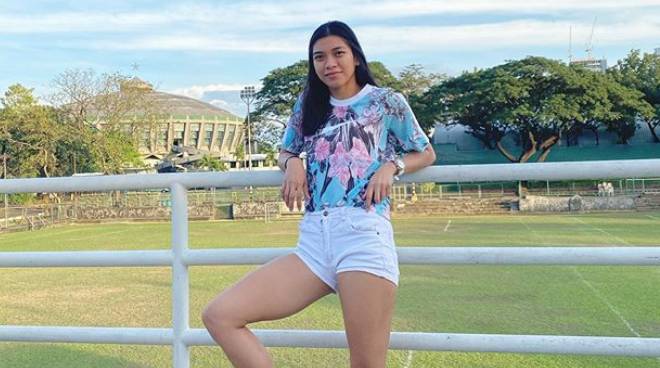 Photo credit: @alyssa_valdez2 IG
Every athlete knows when they’ve reached that point in life to pass the baton, to find the next generation and help nurture them to surpass themselves. Volleyball phenomenon Alyssa Valdez, whom you might know from her college years with the Ateneo Lady Eagles, is getting ready for this part of her life, too, by startig her own training facility for young athletes called Phenom Elite Training Academy.
“Kiefer (Ravena) and I had this vision to bridge the gap between the training in Manila and in the provinces,” Alyssa said about what drove her boyfriend-athlete and her to start the facility in the first place. “We thought of players who play in the Visayas region who have the talent, but with training that’s so different from Manila’s.”
With Phenom Elite, Alyssa has managed to bring better training to athletes in Bacolod, not just by setting up better training facilities there, but also by bringing in coaches from Manila to train these athletes.
Working from such a distance has its problems, though: “Having a business far away makes it hard to be hands-on. Trust is really needed for me to make it work, and buti na lang, it’s convenient right now that we have cellphones and everything. That’s also why we have our partners in Bacolod, sila yung nagbibigay sa amin din ng guidance. We really communicate as partners. This doesn’t just mean talking on the phone. We fly to Bacolod!”
At 26 years old, Alyssa is also one of the youngest partners with the Phenom Elite team, but she doesn’t let this stop her from being an active voice in their decisions as she’s learned to grow more and more into her role: “Before, I was not someone who would suggest anything. But right now I want to be hands-on.
“
Gusto kong mas mag-focus ang Phenom Elite with sports that we know na mayroon sa Bacolod. So before, I was a partner who would just agree to whatever my partners would say, but now, after a year, I’ve learned to be more vocal with the things I want to put in at Phenom Elite.”
With the things Alyssa has wanted to do with Phenom Elite, one noteworthy example is a program she came up with to train local coaches in Bacolod—making sure that they stand up to par with their counterparts in Manila. “So the quality of training stays the same,” she declared.
Looking toward the future with Phenom Elite, Alyssa has high hopes. “More than just producing athletes who will represent the country, I want to it be an instrument for those athletes who aren’t very financially well-off with our scholarships for talented athletes. I hope that Phenom Elite will be a facility that will produce well-rounded athletes!”
Alyssa also has a lot of things she has to live up to. In her own words, “As a leader, I want to be a role model. I want to walk the talk. I can’t just make them do what I want if I’m not doing it right also, so I have to be the one who’s doing it right first before I ask them to do it. It also means that I have a huge responsibility to keep on inspiring people, to keep on being a role model. That means that I have to really push myself to be at my 100%. Right now, people will really be inspired by those people who walk the talk, who lead by example. It’s a huge responsibility.”
For more Filipino celebrity lifestyle news and other inspiring stellar stories, visit Lifestyle.ABS-CBN.com. Also follow @ABSCBNLifestyle on Facebook, YouTube, Twitter, and Instagram.
Alyssa Valdez