WATCH: Alice Dixson gives a tour of her farm and beach property in Quezon

Alice Dixson, in her latest YouTube vlog, showed off her property in Quezon Province. 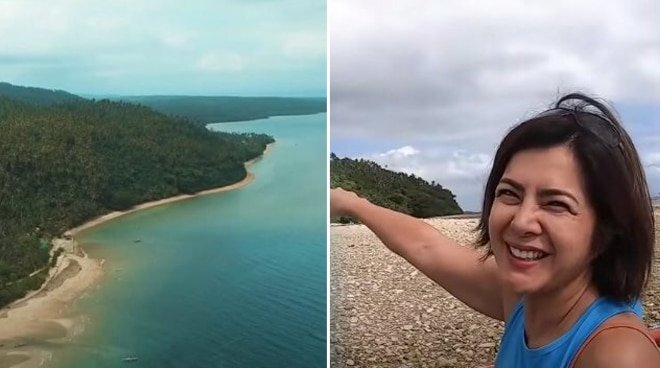 For her latest vlog, Alice Dixson took her fans on a trip to her provincial property located in Barangay Cawa in the Buenavista town of Quezon Province, where she said her ancestors from her mom’s side of the family first settled down.

Born Jessie Alice Celones Dixson, the 50-year-old actress went on a two-day trip to her hometown to see what she can do to revitalize the land bequeathed to her since it has been neglected after the death of her parents.

“This trip, we’re visiting my parents’ province here in Quezon and a lot of the people that you’ll be seeing in this video are in some way related to us because my grandparents settled here in Quezon a hundred years ago,” she said.

She added: “So, I just want to revisit the place, see what we can do if ever to revitalize the farm or the beach property. It’s so beautiful here. It’s only — with the new road — about four and a half hours away.”

At one point in the video, Alice revealed her plans to build a house on top of a hill near the beach.

“My dream is to build a house there at the top of the hill. That’s my dream. So let’s see what we can do with our provincial property,” she said.

Her visit to Quezon also served as some sort of reunion with her relatives and one of their helpers whom she revealed is one of their longest-serving housemaids.

The actress, whose family also runs a copra business, showed the process of drying the meat or kernel of the coconut which is used in making coconut oil.

“I’m from a family of coconut farmers. And I’m proud of that. In fact, I think I was made under a coconut tree,” she teased.

Alice first rose to fame after representing the Philippines in the Miss International pageant back in 1986. She has since starred in numerous films and TV shows.