Beauty queen and actress Pia Wurtzbach shares her thoughts on the pageant industry for 2020. 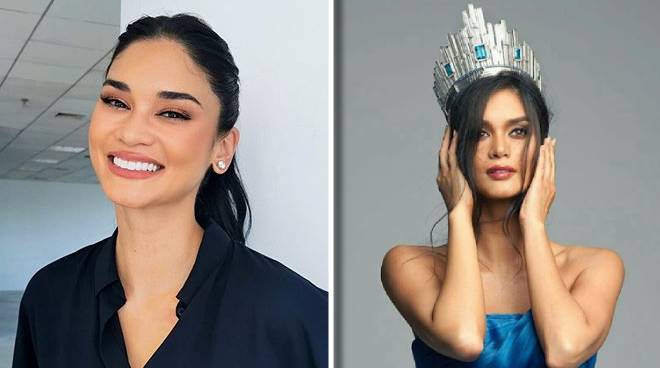 As the she graces the cover of Tatler Philippines this month along with British boyfriend Jeremy Jauncey, Pia Wurtzbach admitted she misses modeling after being in quarantine for the last three months. During an interview on Tatler Talks last June 5, the cover model said she is still keeping herself productive despite the pandemic. “Yeah I do miss it. I’m not used to not working. I’m a workaholic and I work everyday. I’m used to going out everyday so this has been kind of like a forced break. But I am making myself productive everyday. I’m still working on my causes and even though I don’t go out to do shoots anymore, I still have a lot of work here at home,” she explained.

Last February, Pia had just resumed shooting her much anticipated Star Cinema film with Vhong Navarro. She gave an update on the status of the film. “I was in the middle of finishing a movie when quarantine started. So that’s been put on hold. It’s not cancelled. Just been put on hold. We’ll continue shooting when the situation gets better. It’s going to be different now when we go back to set because we would need less people and we would also need to be tested before we can enter the set. So there’s going to be a lot of precautions but I think it’s going to be for the safety of everyone. I do miss going to work but I’m also making myself productive and using this time to realign myself, take care of myself and my wellbeing. And I think that’s what everyone has been trying to do in quarantine anyway,” she said.

During the Tatler Philippines FB live session, Pia also shared her thoughts on beauty pageants this year. “I think the best thing right now is to just postpone the competition. Although I heard of some local competitions here in the Philippines like Miss Earth, they want to do it an online pageant. So I’m really curious to how they’re going to be able to pull that off. I think it’s possible but just for the safety of everyone maybe it’s better to postpone everything. We’ll see. For sure whoever are the reigning queens they’ll have the longest reign ever because their turnover will be postponed to another year for sure,” she explained.

Another passion Pia has been focused on since ECQ started was helping raise funds for frontliners. “So we started during the first week of quarantine and I’m living here with my cousin Charity. One day we asked ourselves, ‘What can we do? There must be something else we can do, let’s use our resources.’ Then I asked my friends first about the suppliers. I got a hold of a supplier. I ordered a mask for myself first and then when I got the logistics done already, I got that cleared out, then I started taking in donations from other people. My initial goal was to raise P600,000 which is about 25,000 masks. But I exceeded that with help from everyone. So we went over a million. We got 44,000 face masks to 37 hospitals so I’m very happy about that. And because of that fundraising, WWF took notice and they reached out to me and they asked me if I wanted to push some of their fundraising campaigns. So of course I said yes. I’ve been working with them for three campaigns. Every week I post a new one,” she added.

I'll be going live with @jeremyjauncey & @nigelbarker tonight at 8pm on the Tatler Philippines FB page. We'll also be answering some of your questions! ❤ 8pm Manila time and 8am NYC time. Thank you @antonsd @tatlerphilippines 🥰❤ See you there!! Photographed by @nigelbarker