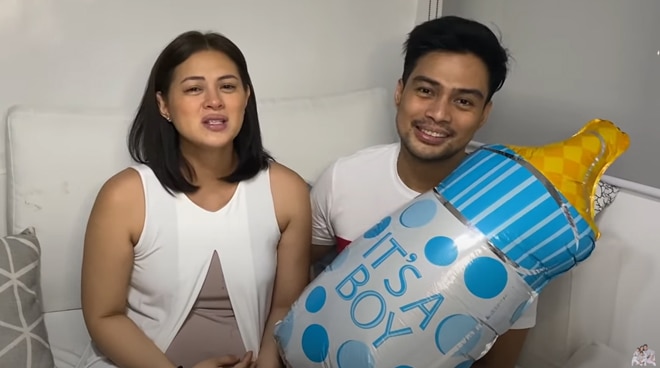 The two made the announcement in their newest vlog, where they shared the gender reveal party they held for their third child at home.

One scene from the video showed Lara popping a balloon with blue confetti, which meant they are expecting a baby boy.

“This is a baby boy and I’m so excited. I have dreamt of this baby twice,” said beauty queen-actress. “He is a gift and he is a blessing.”

Lara is expected to give birth in September.

It was in April when she and Marco first announced that they are expecting their third child.

The couple, who were married in a civil wedding in Canada in 2010 and in a solemn ceremony in Tagaytay City in July 2012, have two other children: Noah and Tobin.