‘Eskapo’, a film recounting Geny Lopez’s escape from prison during Martial Law, is now streaming for free on iWant. 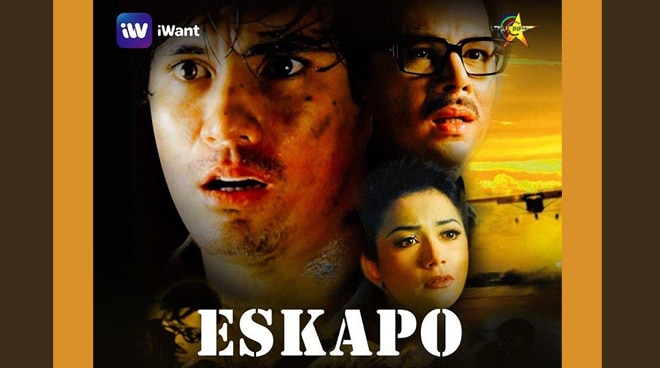 ABS-CBN has made available for free the digitally restored and remastered version of the 1995 Chito Roño classic Eskapo on iWant.

Based on true events, the historical thriller film Eskapo follows the story of Sergio Osmeña (Richard Gomez) and Geny Lopez’s (Christopher de Leon) prison break after the two men were illegally put in detention during the martial law era.

Eskapo, which also tells ABS-CBN was forcibly seized from the Lopez family during the time of Marcos, recounts true to life narrative contrary to those being propagated by historical revisionists.

Other actors who are part of the film’s all-star cast include Dina Bonnevie, Mark Gil, Ricky Davao, Joel Torre, and Teresa Loyzaga, among others.

Gaby Lopez is a natural-born Filipino

ABS-CBN Chairman Emeritus Gabby Lopez faced the Committee on Legislative franchises during a congressional hearing last Wednesday, June 3, to answer all allegations made against his citizenship.

Despite all the issues thrown at him, Lopez, who carries both Philippine and US passports, has proven that he is indeed a Filipino citizen since birth because he is born to both Filipino parents.

Department of Justice Undersecretary Emmeline Aglipay Villar said that Lopez’s Philippine citizenship application in 2001 only served as a confirmatory act of his being a 'Filipino.'

The media giant, which halted broadcast operations last May 5, continues to be off the air up to this day. It is still unknown when the company will return on-air as several legal issues are yet to be discussed — including accusations on tax issues, unfair labor practices, and bias reportage, among others.

The Congressional hearing on ABS-CBN’s franchise bid will resume on Monday, June 8.