Wendy Valdez on being the most hated PBB housemate: ‘I was very self-centered, very insecure’

Former Pinoy Big Brother season 2 housemate and actress Wendy Valdez talks about her painful past in her new vlog. 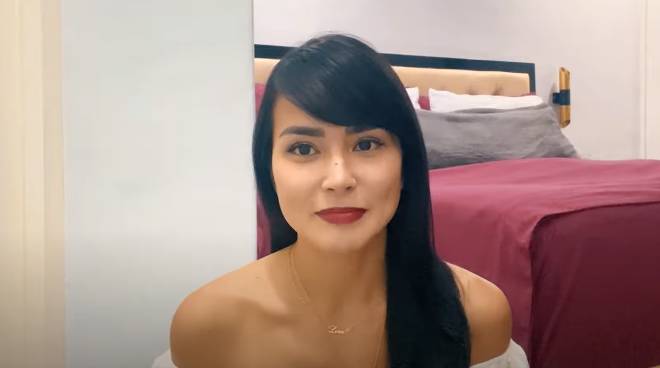 After recently launching her own YouTube channel, Wendy Valdez posted her first vlog “Who is Wendy Valdez now?” which was shown in a story time format while inside her bedroom .The former 2005 Binibining Pilipinas Tourism and 1st runner-up winner who joined Pinoy Big Brother season 2 one year after becoming a beauty queen recalled how people reacted to her when she came out of the PBB house and how she was booed by the audience and called different names the whole night during the PBB Big Night held at the Araneta Coliseum in 2007. “I was also called most hated housemate at that time. Lahat ng maisip niyong masasakit abutin ng isang babae na masasakit na salita, you name it, I got them before,” she recalled. “At that time kasi I was very, very self-centered, very insecure. I had a lot of unforgiveness in my heart, a lot of bitterness, anger issues. I have felt rejected because I came from a broken and dysfunctional family.”

Wendy admitted she knew PBB would be her ticket into showbiz. “I was very, very excited. I thought to myself, ‘I want to become an actress.’ I wanted to be in the limelight because I thought if you’re in the limelight, people just automatically love you and accept you. But inside the house lumabas lahat ng issues ko sa sarili ko. All my hurts, all my pain, all my bitterness came out. All my insecurities came out. It’s funny to some but when I got nominated by my girls there, I was so offended. But now if you think about it, it’s a show where you get nominated so it was part of the game. And I was not a sport. I was not ready for that. I took it very personally. I thought, ‘Well maybe they don’t really love me,’” she recalled.

During that time, Wendy said she did not care what people thought. “I didn’t listen. I spoke hurtful words to my girls there to hurt them back and people watched it and of course they didn’t like it. And so I got what I deserved from people. They said really mean things to me and they hated me. But at least there are some people who love me and accepted me and they liked me and they voted for me. That’s why I came out as the third big placer. Kahit na ganun, nagka-place pa ako. At the Big Night I got booed. A lot of people wanted to throw stuff at me. As in they told me in Araneta Coliseum that they held (back) some people because they wanted to throw kamatis or whatever they have. Marami daw silang na-confiscate,” she added.

The 37-year-old married mother of one said she even thought about committing suicide while growing up. “Even after I became an actress, I was earning money, I have a relationship, I still didn’t want to keep going. I didn’t think I was meant to be here,” she said.

Motherhood has helped Wendy find peace of mind. “By God’s grace I was blessed with a husband and a family of my own and he gave me such a beautiful gift in my son Seth. He’s a special needs child. And to some, they think that he’s punishment or I am being punished that’s why he’s like that, because of how I was. I don’t believe that’s true because every time I look at him, every time I hug him, I just can’t help but thank the Lord for giving me an opportunity to become a mother to someone like him, someone as beautiful as him. He has turned me into a mom that I never thought I would become,” she said.

Through her vlog, Wendy hopes to share her experience with moms who are also going through the same difficulties as her. She also said that she plans to share her family’s journeys in life as a way of helping inspire and inform others about life.