Celebrity Anne Curtis hopes that her baby girl Dahlia Amelie will learn to speak Ilocano like her mother Carmen. 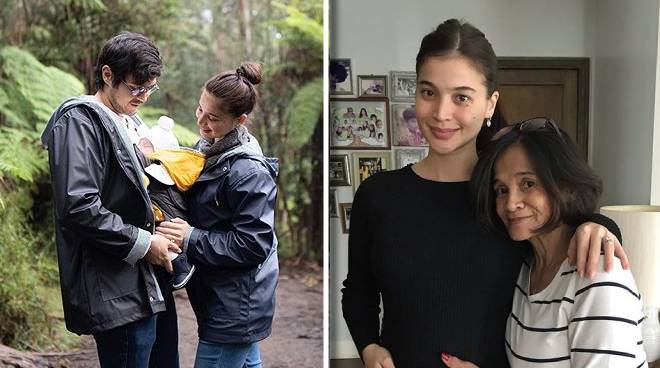 Celebrity Anne Curtis hopes that her baby girl Dahlia Amelie will learn Ilocano like her mother Carmen. Which is why she had asked her mom to speak the language to her daughter as early as now so she would start to be familiar with it. This, she shared through her Instagram Stories on Saturday, June 27.

Anne wrote over the short clip, "I hope Dahlia Amelie is able to speak ilocano like her lola... she didn't teach me.. Kaya I'm asking her to speak to her apo as early as now para she's familiar with it na ❤."

In the succeeding story, she wrote over another short clip of her mom talking to Dahlia in Ilocano, "The only word I understand from what she said is nagpintas 😂."

Anne gave birth to her and husband Erwan Heussaff's first born in March of this year. The family is currently in Australia.