Tony Labrusca on being paired with JC Alcantara in ‘Hello Stranger’: ‘I super respect him’ 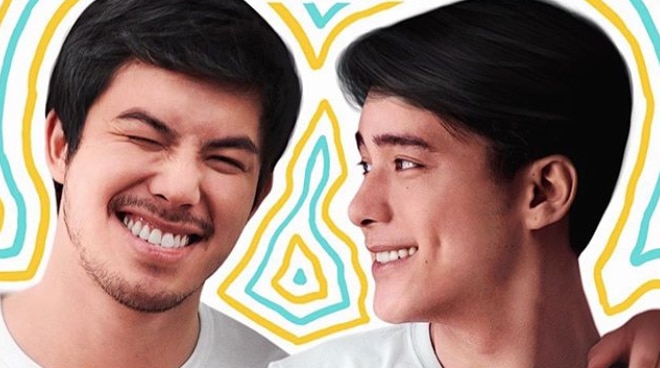 With the online release of his new Black Sheep digital series Hello Stranger, Tony Labrusca said he feels blessed to be given constant work even while doing home quarantine. Before shooting Hello Stranger, Tony was busy doing the iWant digital film project Love Lockdown. Both projects were shot in his own home.

“During this time, I’m really thankful to be part of a project na very light nga. This project has a lot of meaningful messages to it. It wants to uplift the LGBTQIA+ community, it wants to send a positive message and it’s something that we really need right now. Ang daming nangyayari sa mundo sobrang gulo. Here in the Philippines we’ve got a lot of problems going on right now so if there is any way we can bring happiness and joy to the people, we’re here to sana make them have a brighter day. We just want to send some positivity and love kasi that’s something that we all need right now,” he shared during the Hello Stranger virtual conference held last June 22.

The Hello Stranger actor said he has newfound respect for his BL series partner. “When I saw JC play his role, honestly I was really amazed. Sobrang perfect nung character niya para sa kanya and yun din ang sinabi ko kay direk nung nag-cha-chat kami. Na-amaze talaga ako. Kitang kita ko na binibigay talaga ni JC lahat para sa project na ito so I super respect him. It’s weird nga, parang it’s perfect that we’re all doing this through Zoom, kaming lahat, not just for JC but lahat ng interaction namin kasi we’re all getting to know each other and it has its own type of chemistry to it and it’s perfect for me and JC’s character kasi this is literally how we got to know each other online. It’s like true to life (laughs),” he added.