Matteo Guidicelli did an unboxing vlog for his new PS4 Pro. 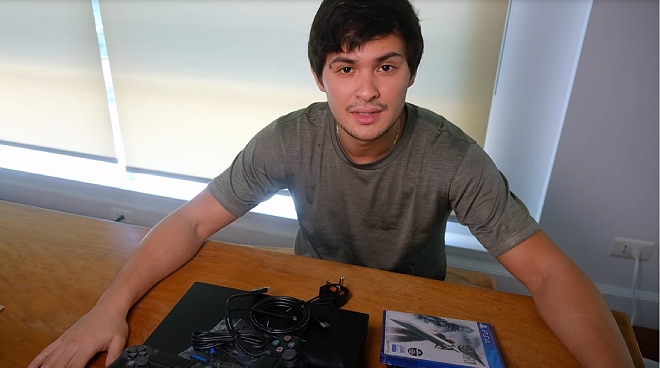 It seems Matteo Guidicelli is taking his vlogging career seriously as he recently produced a video most content creators do: an unboxing video.

Unboxing a Sony Playstation 4 Pro, the Kapamilya actor went on a trip down memory lane as he recalled the days when he first had the obsolete version of the gaming console when he was around eight to ten years old.

But Guidicelli, who seemingly unleashed the child in him by opening his new toy carelessly — earned the ire netizens — mostly gamers and gaming enthusiasts — because of his move.

Admitting that he has yet to learn how to do unboxing vlogs, he said: "I'm not good at unboxing, this is my first time. So maybe later I can learn."

See the reactions of netizens below:

Watched Matteo’s unboxing PS4 pro vid just to see what the fuss was about. The way he just slammed the games, controllers, wires, etc on the table seriously gave me a jolt each time he carelessly dropped an item. 😳 Plus how he tossed stuff about reminded me of overeager...

gets ko naman maraming "gamers" ang galet with the way matteo unboxed his ps4 but downright discrediting his love for sarah and saying that it's just for clout???? dahil lang sa pag unbox????? lol y'all need to wake up HAHAHAHAA GOOD MORNING

I honestly can't give less than a fuck abt Matteo Guide-whatever-the-fuck-his-last-name-is ripping his PS4 box open man bc.. it's just a box. It's just that he moves so aggressively with everything that I feel like he'll punch me through the screen anytime??? And shout at me???

Matteo handled that PS4 like it’s a piece of trash. How shitty is he? Lol

A day after his vlog went viral, an unbothered Matteo released another vlog that shows him playing Call of Duty (COD), which he described as one of his most favorite games to play in the console.

As of writing, the video has already garnered more than 34,000 dislikes on YouTube.

Matteo Guidicelli started to share more about his personal life via his YouTube vlogs during the lockdown.