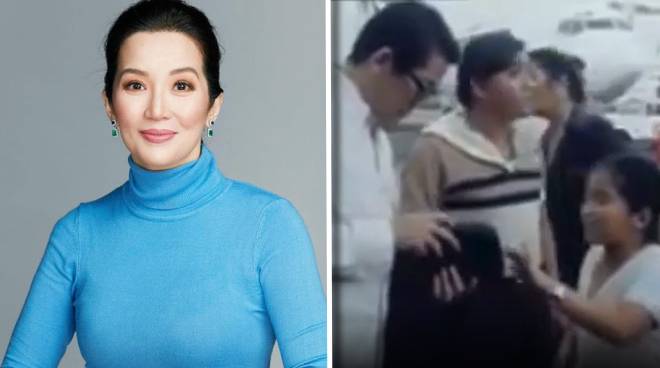 In honor of Father’s day this year, Kris Aquino posted an old video of herself at the airport with her father, former senator Benigno “Ninoy” Aquino before they left for the US when she was just nine years old. The 49-year-old media personality shared that she is just one year shy of the age her father was before he was assassinated at Manila International Airport in 1983 after returning from exile in the U.S with his family.

She wrote, “Thank you to my nephews Jiggy & Jonty for finding this video on YT.
Taken from our departure on May 8, 1980 for the 🇺🇸 for my dad’s triple heart bypass surgery followed by our 3 years in Boston. Opo, ganun ako ka ‘confident’ na bata, at just 9 years old may ‘binibilin’ ako sa Dad namin na mga dapat nyang gawin... marami nang nagsabi (my mom included) that I really took after my dad at ako ang female version nya... I have matured enough, would you believe I am now just 1 year younger than he was when he was assassinated in 1983, for me to realize I have so much more to learn: humility, self-sacrifice, and the willingness to serve with every drop of my blood before I can truly be worthy of that compliment.

BUT I share with both my parents an unwavering LOVE for the Philippines and Filipinos, come what may, ano man ang pagsubok, mahal ko ang bayan natin at gagawin ko ang makakaya ko para tumulong sa kapwa para makabangon tayong muli. That is the best Father’s Day gift I can give Ninoy Aquino.”