After much speculation, actor Romnick Sarmenta has gone on the record to confirm the status of his dating life. 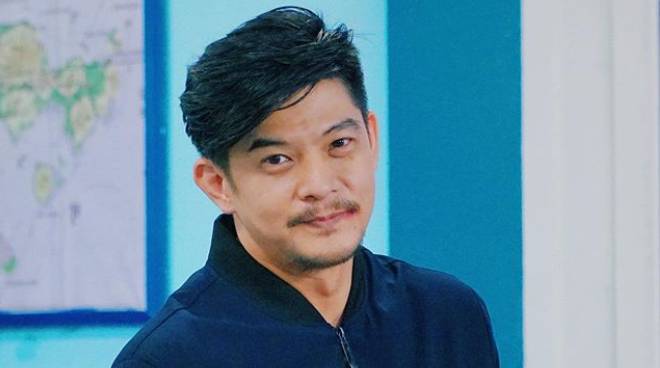 After much speculation, actor Romnick Sarmenta has gone on the record to confirm the status of his dating life.

In an open letter he posted on Facebook Friday, the “Halik” star finally admitted that he is now in a relationship. This, as he clarified that there was never a third party involved in his separation from his wife of 19 years, Harlene Bautista.

READ: Is Romnick Sarmenta in a relationship with indie actress Barbara Ruaro?

The couple, who have five children, first confirmed their split in 2018. Neither of the two had gone into detail about the reason behind their decision.

“Much had been said about both of us, and I guess to a certain degree, more about me and my character, by people who do not know me personally. But to set things straight, there was no third party when it happened. I wanted that clear," wrote Romnick.

"Because I feel it is a disservice to the people who will be in both our lives, to accuse them of being at fault, when my ex-wife and I clearly both know that they are not,” he continued.

He added: "I respect the mother of my children very much. Her privacy and her happiness is still valuable to me. And I want her to be able to live freely from all these.

"Above all that, I want to protect my children from careless comments and accusations thrown at their parents. They know the truth, and they guard precious memories of our family with their hearts, and I just want to protect them and those memories they cherish. I will always be as I have been a father and a friend to them. No matter what.

In his open letter, Romnick, 48, also opened up about being romantically involved anew, amid rumors linking him to actress Barbara Ruaro.

He did not, however, divulge his partner's identity in his post.

"These past few days, people had been talking about me and a person whom I respect greatly," he said.

"What people do not know about her is that she is an insightful, talented, passionate individual with several advocacies that mirror my beliefs. That she is a person of great importance to me, deserving of respect and privacy. That I see her equal to anybody else, never less and never more than the beautiful person that she is. That I see her as my equal, and at a lot of times - a person whom I admire. That for me - for her to be known as a just a person who is with me - is a grave insult to her, and a disservice to what she means to me," he added.

He went on: “Because of me, she had been called names, accused of things that she is not and do not do, and had been exposed to scrutiny that she doesn't deserve.

"Only her intelligence, wisdom, trust and knowledge of me stopped her from going away. And I am grateful. For her."

Romnick ended his letter by appealing to his followers to “refrain from using harsh words, from comparing one person to another, from commenting with baseless accusations and from character defamation on my posts or any of the posts of the aforementioned persons.”

"To end, if people are so curious as to what is going on in my private life, then allow me to be the one to post it. Not some rumor, nor gossip - or a lengthy debate between people hiding behind their gadgets and opinions. You will hear it from me. And I will state it clearly. No more. No less," he said.