Moira Dela Torre on husband’s ‘godly courtship’ in the past: ‘I’m happy that he didn’t spend beyond his means’

Moira Dela Torre and her husband Jason Marvin Hernandez talk about the importance of having a ‘godly courtship.’ 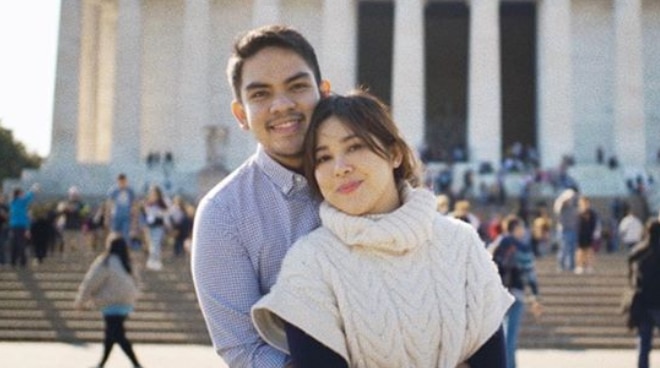 Moira Dela Torre and her husband Jason Marvin Hernandez made an appearance on vlogger Janina Vela’s online show where the couple talked about their relationship including godly courtship.

While there is no definite rule to courtship, Moira noted that it’s important to set things straight between the two parties involved right from the start so as not to put anyone in the gray area.

“There’s no rule to it. Like the only rule is hearing from God and obeying and stepping out in faith. And defining your boundaries like ‘Hey, nililigawan kita. Walang nasa gray area,’” she said.

Meanwhile, Jason shared one of the verses he used to live by when he was still courting his then-girlfriend and now wife.

“Nung niligawan ko si Moi, there’s this verse na for Him, by Him, through Him all things were made. So ibig sabihin, everything: our lives, our jobs, our school, our families everything was made by, for through Jesus Christ,” he stated.

Explaining what godly courtship is, Jason said it’s all about doing things while making sure it’s something seen through the lens of Jesus Christ.

“So courtship is nothing new. It also falls in that category na all. Na even as you court someone, na even as you make ligaw the girl of your dreams, you try to see it from the lens na this is also for Jesus. So that’s basically Godly courtship,” he stated.

He added: “You don’t really have to have those rules na best foot forward. But just make sure your courtship, how you pursue, how your respect, how you love the girl it makes Jesus approve.”

Moira, for her part, defined godly courtship as similar to an honest relationship — one that does not force a partner to spend beyond the means, among others.