Vickie Rushton recalls her experience during the Bb. Pilipinas 2019 when she was heavily bashed for her performance in the question and answer portion. 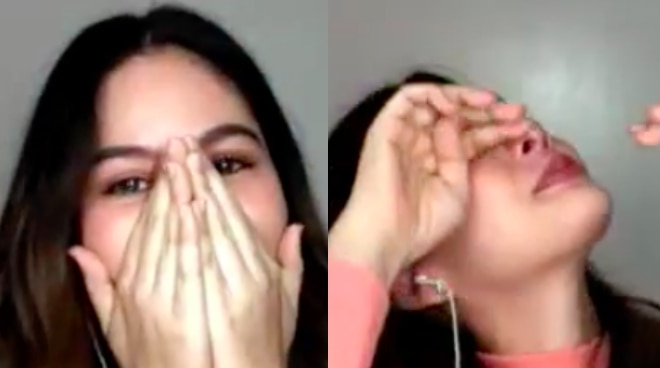 For the fourth installment of the online show “Queentuhan,” Pia Wutzbach, who serves as the host alongside fellow beauty queens Carla Lizardo and Bianca Guidotti had former ‘PBB’ housemate-turned-beauty queen Vickie Rushton as a guest.

In the show, Vickie opened up about the experience she had in Bb. Pilipinas 2019 where she was heavily bashed for her performance in the question and answer portion.

Vickie also revealed her plans to join Bb. Pilipinas for the third time and represent the Philippines in the Miss International pageant.

Despite having lost Bb. Pilipinas twice in a row, Vickie remains optimistic that she’s going to snag the crown this time around — just like a nearly similar experience Pia Wurtzbach had to go through in the past.

It was in 2018 when Vickie first joined Bb. Pilipinas. That time, she placed first-runner up — only next to then-future Miss Universe Catriona Gray. In 2019, she joined the same pageant once again but only made it to the Top 15.

Sadly, due to the COVID-19 crisis, the said pageant, as well as the newly-founded Miss Universe Philippines competition have been postponed this year.