Park Bo-gum’s agency said he poured his feelings into his upcoming single. 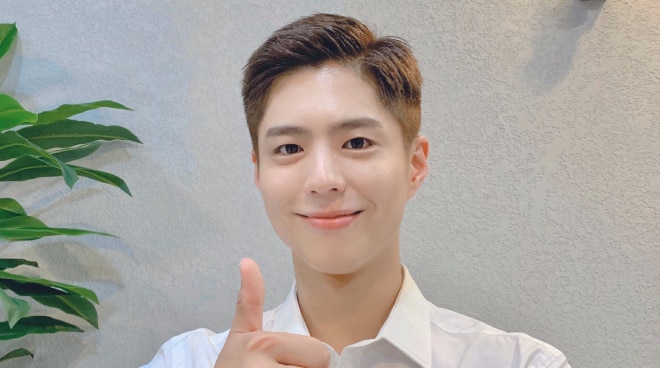 Bogummy has an upcoming new song!

Apart from a new set of upcoming dramas, it seems fans are getting another surprise from South Korean heartthrob Park Bo-gum before he officially enlists in the military: a song produced by Korean-American composer Sam Kim.

In an Instagram post on Tuesday, June 16, Bo-gum’s agency, Blossom Entertainment, said that his voice “shines through” in his upcoming new song titled “All My Love.”

“Park Bo Gum prepared the song ‘All My Love’ as a gift filled with his feelings for his fans. Singer-songwriter Sam Kim wrote the lyrics, composed, and produced ‘All My Love,’ and it is a song with a sentimental melody in which actor Park Bo Gum’s uniquely sweet voice shines through,” wrote Blossom Entertainment in a statement as translated by South Korean entertainment news site Soompi.

The actor’s agency went on to reveal in the statement the release date of the song which is going to be on August 10 — coinciding with his debut anniversary. The statement also added that the single album would be released in “limited quantities.”

“Aligning with his debut anniversary, the song will be released through music services all over the world on August 10, and the single album will be released on August 12 in Korea and Japan simultaneously. The design and tracklist will be the same in the albums released in Korea and Japan (with the exception of the lyrics being written in Japanese), and the album will be sold in limited quantities in Korea. More detailed information will be released through future announcements. Please show lots of love to ‘All My Love,’ which contains the actor’s feelings towards fans,” the statement added.

Although Bo-gum’s military enlistment is still indefinite as of this writing, he already has several projects lineup this year including the films Seo Bok and Wonderland as well as the drama A Record of Youth.

Park Bo-gum is known for his roles in well-loved Korean dramas like "Reply 1988," "Encounter," "Love in the Moonlight" and "Hello Monster."