Iza Calzado expressed her gratitude to her housekeeper for the years-long service and loyalty with a key to their home. 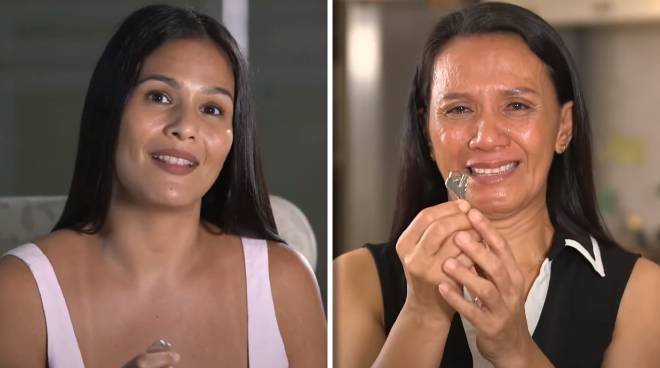 As the inspirational show Paano Kita Mapapasalamatan debuted on the Kapamilya Channel to bring hope to millions of Filipino households amid the COVID-19 crisis, the Judy Ann Santos-hosted show featured a story of loyalty against all odds, among others.

For the pilot episode of the show, one of the main stories presented on the show was Iza Calzado’s house help named Donna Garcia who stayed with the Kapamilya actress despite getting diagnosed with coronavirus (COVID-19) disease.

According to Donna, her family asked her to return to her province after finding out that Iza was diagnosed with COVID-19 out of worry. Then again, Donna knew the Ngayon at Kailanman actress needed her more than ever during that time so she decided to stay.

The 37-year-old actress — who admitted that the years-long of faithful service and stewardship on her younger brother are what made her most thankful to Donna —  handed the latter a key to their home as a symbol of her gratitude.

The said episode also featured three other inspiring stories of “hope and faith amid myriads of life struggles.”