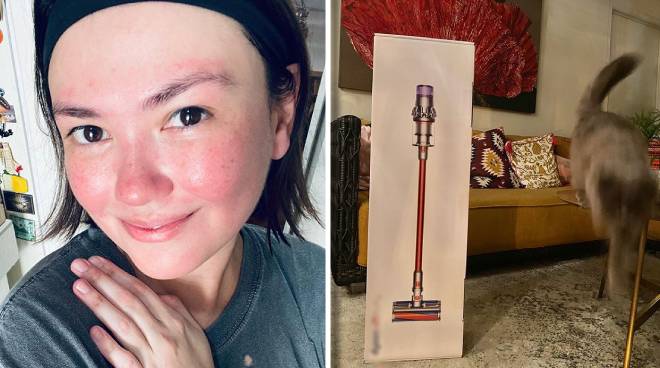 Last June 12, the entire country may have been celebrating the 122nd Philippine Independence day, but for Angelica Panganiban, she wanted to commemorate a more personal kind of independence. The 33-year-old Kapamilya actress shared with her followers on Instagram last June 13 how she has enjoyed living on her own since May last year. The Love Lockdown actress shared that it has been a year since she decided to move out of  their family home into a condo without any househelp to do the chores for her. As a reward to herself, Angelica also bought a luxury brand vacuum cleaner which she has long wanted to have.

Last year, Angel Locsin and Kim Chiu visited Angelica in her former family home which had its own elevator inside. In previous interviews, Angelica reportedly chose to move into a smaller living place to be able to live more simply and fully maximize her living space.