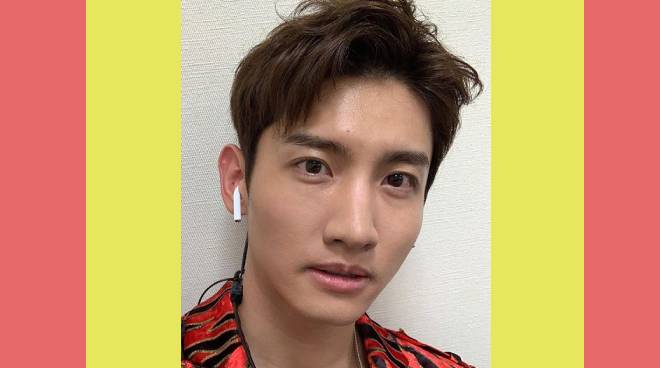 One of the two remaining members of South Korean duo TVXQ, Max aka Changmin, is set to tie the knot with his girlfriend.

On Friday, June 12, Changmin announced his plans to get married in a heartfelt note he penned himself.

The 32-year-old singer first recounted his days as a TVXQ member for 17 years and expressed his gratitude to all the TVXQ fans who stayed with them despite the uncertainties and changes through the years.

Then, he started to share about his girlfriend, whom he said he’d want to spend the rest of his life with — revealing that they are getting married on September 5th.

“As you are aware due to a news report from a while ago, there is a woman I am currently dating. We have had a good relationship with trust and faith in one another, and naturally, I decided that I want to continue my life together with this person, so we made the decision to have our wedding in September around the time when the heat will cool down,” he said.

He then went on to thank his fellow TVXQ member Yunho and agency SM Entertainment for supporting him with his decision.

“Through this letter, I once again express gratitude to Yunho who supported my decision and was happy for me in addition to our agency staff who gave me sincere advice,” he said.

Following his announcement, SM Entertainment released a statement about his upcoming wedding and asked for the privacy of the couple.

“In consideration of the non-celebrity bride and both families, details of the wedding including the exact location and time will all be private, so we ask for the generous understanding of fans and reporter,” the statement read.

Reassuring fans that he will continue being a member of TVXQ, the SM Entertainment stated: “Changmin will continue to show great activities as a TVXQ member and artist. It added: “We ask for many blessings to be sent to Changmin, who has a new start of his life ahead of him.”

Formed in 2003, TVXQ debuted as a group under SM Entertainment a year later. Since then, the group has released multiple albums over the years.

Originally composed of five members, TVXQ returned as a duo consisting of members Changmin and Yunho.