A source from Song Joong-ki’s agency has denied the rumors. 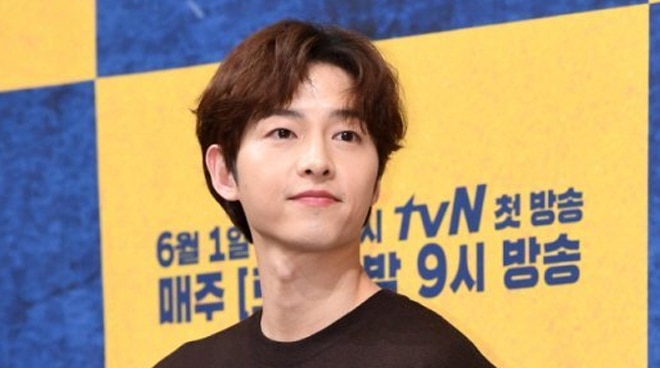 Just this week, rumors about South Korean actor Song Joong-ki reportedly dating a lawyer have made rounds online. As it turns out, personal information about the said lawyer was leaked to other people via text messaging.

But a source from the “Descendants of the Sun” actor’s agency, History D&C, denied the rumors surrounding him — saying these are nothing but groundless rumors and upon checking, they found out that none of them are true.

“Song Joong Ki’s dating rumors are not true. There have been groundless rumors spreading within the legal industry, but upon checking, it was not true,” said the source as translated by South Korean entertainment news site Soompi.

The source also addressed why the 34-year-old actor, who recently decided to drop out in the upcoming biopic called “Season of You and Me,” had to step down from the project — citing his busy schedule as the main reason.

“Recently, Song Joong Ki has been busily carrying out his activities, and he has unfortunately had to step down from a project,” the sourced added.

Last April, rumors about the actor's personal home in Itaewon, which was mistaken as his former marital home with his ex-wife, has been rumored to be up for demolition.

READ ALSO: Song Joong-ki and Song Hye-kyo’s former marital home is not up for demolition

Joong-ki is also known for his projects such as “Innocent Man” and “Arthdal Chronicles.”