In an online interview with Robi Domingo, Rona Libby shared her life as a doctor. 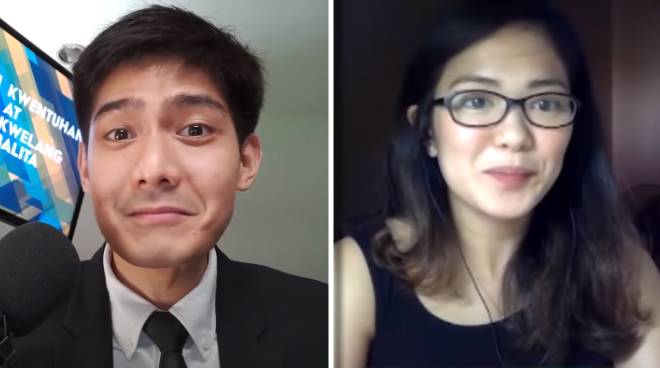 Rona, who is now a doctor, became the guest of the television host for his newest segment on his YouTube channel called "Kwentuhan at Kwelang Balita." It can be recalled that Robi used to be paired up with Rona during their stay in the PBB house and were dubbed as the “RoRo” love team.

In the interview, Rona shared that she has been interning at a local hospital. "Interns kami, we're not residents, parang extension ng residents so we are the ones you see in the emergency room, the outpatient department, sa ward, kasi government kasi lahat ng ito eh," she relayed.

Rona also shared the many challenges that doctors are facing because of the pandemic.

"I will just speak on behalf of the frontliners and based on the experiences that I have kasi right now we were pulled out eh. I can just imagine how hard it is right now for the residents right now, even for the consultants and the doctors right now, who have to report to their jobs and how hard it is to be away from their families at a time na even they themselves are afraid for their own lives. ‘Yung papasok ka at hindi mo alam kung, ‘Am I gonna catch it today?’” Rona stated.

READ: Robi Domingo clarifies what happened during his first meeting with SB19 on iWant ASAP: ‘I wanted them to feel at home’

According to Rona, being a doctor is more than just a profession for her. "It's more of a vocation, something that I advocate my life into and it is a life-long commitment, day in and day out."