When is Hyun Bin coming to the Philippines?

According to a Smart executive, Hyun Bin was actually already looking forward to come to the Philippines. 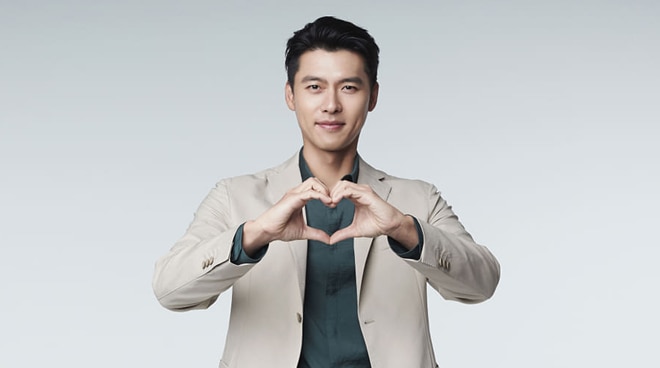 Korean superstar Hyun Bin recently made waves online after two homegrown Filipino brands announced him to be their new endorser. One of these companies is the Philippine telecommunications brand Smart who just launched a TVC campaign featuring the well-loved Crash Landing On You actor.

Citing the love of Filipinos for Korean dramas, the company’s SVP and Head for Consumer Wireless Business Jane J. Basas said in a virtual press conference on Monday, June 1, that “bringing Hyun Bin was something that was natural for us. Because it would have been crazy for us not to do it.”

According to her, Hyun Bin signed a one-year engagement contract with them last April, and they really intend on launching this June. In May, Hyun Bin already started working on his commercial.

However, because of the COVID-19 pandemic, they had to do most of the work online. Nonetheless, the team of executives described Hyun Bin as down to earth, smart, and professional.

With this said, people certainly want to know if Hyun Bin will really be coming to the country and when.This was something that Ramon R. Isberto, PLDT-Smart Vice President and Public Affairs Head, assured. “Let me answer it this way. It’s not yet definite when he’s coming because you know, we have to still deal with this COVID situation. But he is definitely coming. So when exactly? Like I said, we’re gonna have to work it out… But don’t worry, ladies and gentlemen, yes, he will be coming and we will certainly announce and give you all the advance information when that time comes,” he said.

Later, Jane revealed that Hyun Bin was actually already looking forward to come to the Philippines.

“We are flying him once. But contractually, he owes us three events, right. So we’re actually planning these events. Obviously, we do expect thousands of people to want to be a part of it and given the guidelines on GCQ, we may have to wait. But you know what, he’s so excited to come. He actually told us that he would have wanted to be here during the launch of the TVC. So we’re really, really praying that flight restrictions are lifted soon and that you know, things go back to normal so we can make more people happy.”

For now, the telecommunications company said that there are more things to look forward to with Hyun Bin including another TVC and merchandise.