WATCH: Robi Domingo shaves his mustache and gets a haircut at home

Robi Domingo documented how he updated his look in his latest YouTube vlog. 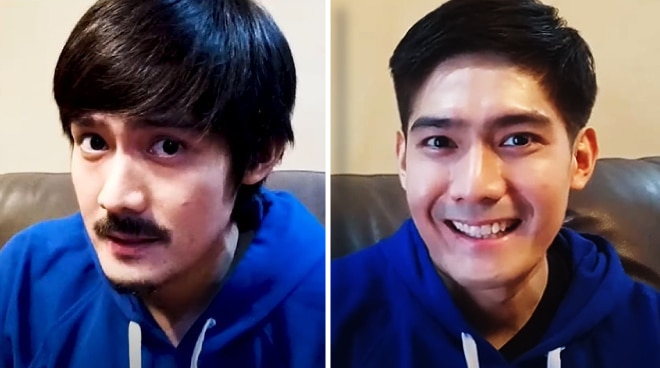 Robi Domingo has been sporting a mustache and a lengthy hair ever since the quarantine has been imposed. Lately, he finally decided to update his look.

"Some of you might have been wondering, Robi anong nangyari? Bakit ganito ang hitsura ko? Last week na nakapagpagupit ako was the week of Valentine's Day then wala na nagkaroon na ng lockdown," he shared.

Meanwhile, he relayed that he decided not to shave his face because he didn't see the point of fixing his look since he could not go out because of the lockdown.

"But for this one (referring to his mustache), people are so surprised, bakit ka nagpatubo ng bigote? Since hindi naman ako lumabalabas... anong point na mag-aayos ka, para kanino? In other words, yes tinamad ako," he admitted.

WATCH: Robi Domingo makes a piano cover of ‘A Song For My Brother’ from CLOY

His fans on social media encouraged him to shave his mustache and get a haircut when he posted a poll on Instagram, which Robi did so.

In his latest vlog, Robi documented when he finally got a haircut at home and shaved his mustache.