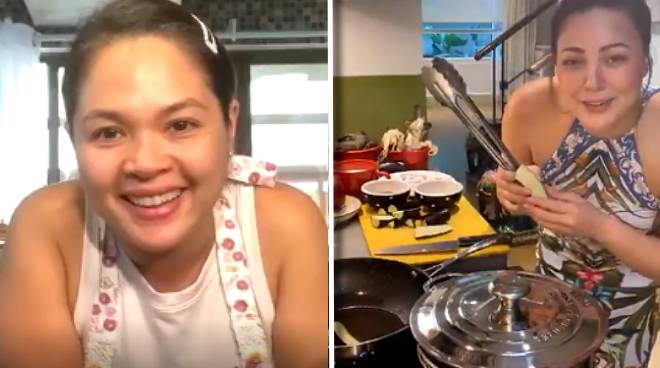 In the episode streamed live on the former’s Instagram page Sunday, May 31, KC cooked along as Judy Ann showed viewers how to make her version of seafood curry.

The Instagram Live earned more than 5,000 viewers, with viewers from the Philippines and other countries such as Singapore and USA saying they enjoyed the episode.

In her latest post, KC said she will upload the full edit of the cook-along, with a quick step-by-step, on her YouTube channel soon.

Here's the Seafood Curry that @officialjuday and I made together this morning! The amateur (me) and the master chef (ate Juday) had almost 5000 of you join us live for #KitchenCollabs 🥂 Na miss nyo ba ang alamat ng baklang alimango? Hahahah!! 🦀🤣 — Watch out for the full edit (with a quick step by step) on my YouTube channel in the coming days, so you can all recreate this dish with us! 🦐

KC kicked off “Kitchen Collabs”, a new series where she collaborates with master chefs to learn new dishes, last week. For her first episode, she invited US-based Filipino chef and restaurateur Jordan Andino for a paella cookout, also via split-screen.