Five things to know about Hyun Bin from ‘Crash Landing On You’!

Get to know more about oppa Hyun Bin. 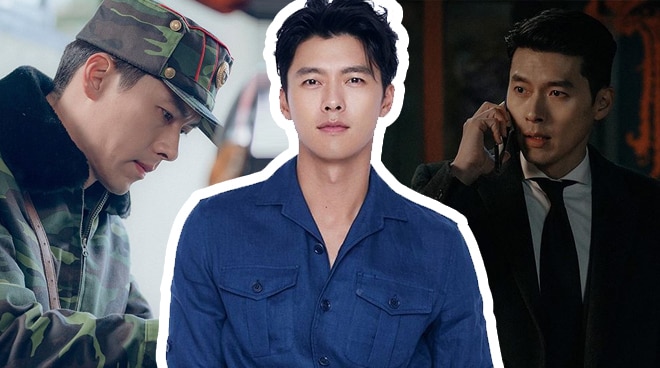 Long before Hyun Bin captured the hearts of fans with his role as Captain Ri on the hit Netflix series Crash Landing On You, the South Korean heartthrob had already made his way into the hearts of several Hallyu fans across Asia. And if you’re one of those who have been following since forever, then you’re probably familiar with his roles television such as My Name is Kim Sam-soon and Secret Garden.

But thanks to CLOY, Hyun Bin has found himself a new generation of fans that have catapulted him to a whole new level of fame — and proof of that is him landing two endorsements from two of the biggest brands in the Philippines. One of them focusing mainly on youth consumers while the other one is targeting a mix of different ages. Nowadays, we seldom see Oppas winning the hearts of fans of various demographics. But Hyun Bin did just that.

But who exactly is Hyun Bin? Here are five basic facts about Hyun Bin.

Did you know his real name is Kim Tae-pyung? That’s right. And while he doesn’t look like it, he was born on September 25, 1982. That means he is actually 37 years old already. #ForeverYoung

Did you know that he majored in Theater Studies back in college? Well, that explains why he is THAT good in front of the camera — not to mention the several acting awards he received throughout his acting career. He even received the Grand Prize (Daesang) for TV at the 47th Baeksang Arts Awards in 2011.

Did you know that he can sing? He actually sang “Can’t Have You” and “That Man” — the official soundtracks from Friend, Our Legend and Secret Garden, respectively. Talk about range.

Did you know that he is single up to this day? Although he has consistently been linked to CLOY co-star Son Ye-jin, there’s actually no proof of its authenticity. So until either of them admit the real score between them, may pag-asa ka pa, besh.

Did you know that his role as a military man in CLOY is as real as it gets? Well, for one, he has already completed his military enlistment (as every South Korean males hould) — only he enlisted as a marine. And a dedicated one at that.