The Filipino dance duo dreams of performing in front of the British Royal Family. 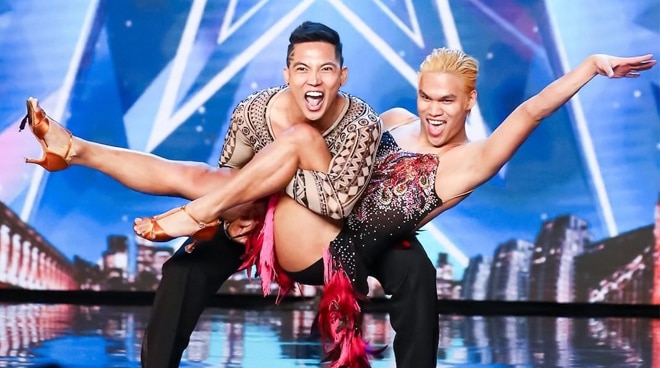 Two Filipino dancers received a standing ovation from the judges of Britain's Got Talent during their audition.

In the show’s latest episode, Pinoy talents Ezekiel and Karl fired up the stage with their "sassy and spectacular" performance of "Proud Mary.” What wowed the judges even more were the multiple outfit changes during their dance routine.

"That was pure, utter energy, from start to finish so definitely yes," judge Simon Cowell told them after their performance.

When asked why they joined the competition, the dance duo who travelled all the way from the Philippines revealed that they want to perform in front of the British Royal Family.

READ: Marcelito Pomoy is 3rd runner-up in ‘America’s Got Talent: The Champions’

The YouTube video of their performance has already received more than 190K views as of this writing.

Britain’s Got Talent Ezekiel and Karl