Star Magic re-released the 2020 version of ‘Hawak Kamay’ in solidarity with ABS-CBN which was recently closed down by the government. 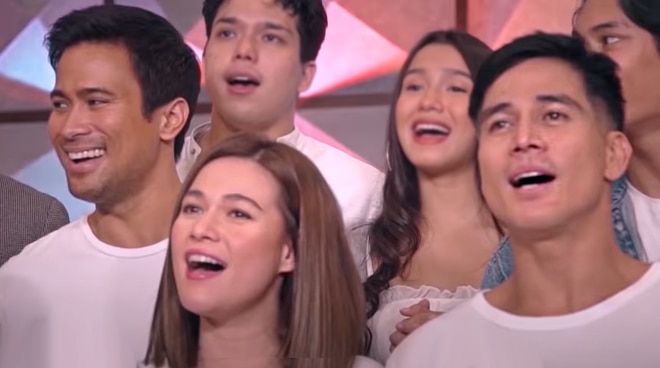 The music video, which was initially released in support of ABS-CBN’s bid for another 25-year-franchise, features stories of people who have been working for the company behind-the-scenes for several years now.

Star Magic earlier released a #StarMagicStandswithABSCBN campaign where some of the biggest stars from the ABS-CBN talent management arm joined forces for the same cause.

The said campaign featured Kapamilya celebities wearing white shirts with the blue, red, and green ribbons pinned on them.

The National Telecommunications Commission (NTC) recently issued a cease and desist order against ABS-CBN — forcing the media giant to close down.