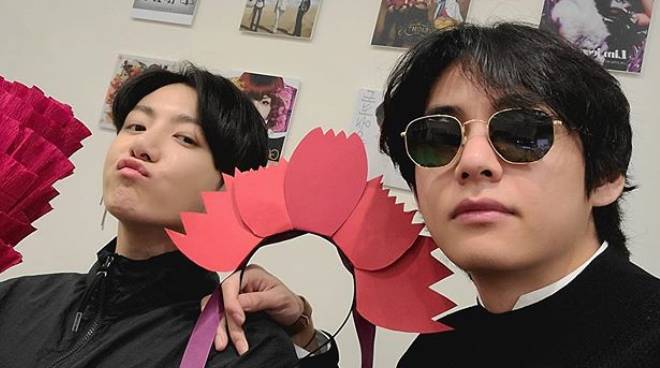 Fans went wild after two members of K-Pop group BTS — V and Jungkook — uttered the Filipino phrase for “I Love You” not just once but six times during a live video session on streaming app V LIVE.

During V and Jungkook’s broadcast session on VLive, a fan commented “Mahal Ko Kayo” —  prompting them to recall saying the said phrase from one of their concerts here in the Philippines in the past.

"MAHAL KO KAYO" is trending worldwide after TAEKOOK, @BTS_twt's V and Jungkook, repeatedly mentioned the phrase during their V Live broadcast this afternoon.

Tomorrow, May 6, will mark the third anniversary of THE WINGS TOUR in Manila.