'When I get attacks, I can't move, I can't talk": Julia Barretto admits battling anxiety

Julia Barretto opened up about her mental health for the first time over the weekend, revealing during a discussion with her sister, Claudia, that she is suffering from anxiety. 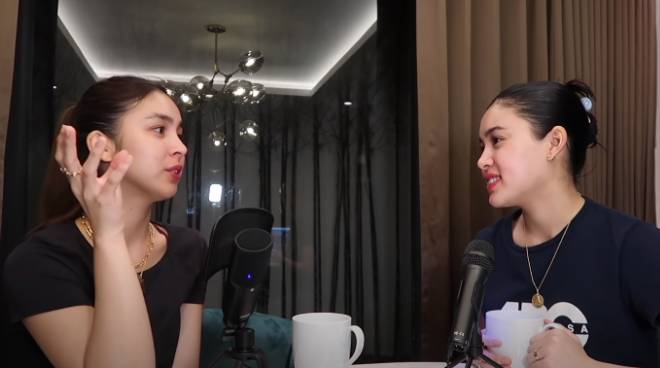 Julia Barretto opened up about her mental health for the first time over the weekend, revealing during a discussion with her sister, Claudia, that she is suffering from anxiety.

"I do suffer from anxiety. It's something that I have suffered with for five years now," the actress opened up during the first podcast episode of Claudia's online campaign, "MINDGAMES", released Sunday, May 3.


"I think there are certain things that really hit it, or, like, trigger it. I don't know, it's just one day, you get it. And, you know, the first few days or, like, the first few times you get it, it's like, you don't understand and it makes you so frustrated. Like, 'What's going on with me? I don't know what's happening.'" she continued.

"When I get attacks, I can't move, I can't talk. I'm always just staring, and I'm not aware anymore of, like, what I'm doing or, like, what others are doing. It's like I'm under this really, really dark cloud. ... People try to talk to me or, like, talk me out of it. When they ask me what's happening or, like, what's wrong, it's like, my tongue can't move. It really can't, and it makes me so frustrated because, you know, when you're trying to get a word out, even just one word, and it won't come out? It just won't come out," she added.

Julia went on to share her personal journey as she battled anxiety, revealing that she has seen a life coach and attended a support group to help her cope and overcome her mental illness.

"With my journey with it ... it's a process. Just getting to know yourself, especially like, when you're in that moment. I think I've grown a lot of awareness already. Like, what happens to me when I'm getting an attack. You know, I've seen like a life coach, I've attended like an anxiety... you know those groups when they talk about anxiety and they teach you how to deal with it and stuff like that. You also have to help yourself try to find out, like, what works for you. I've also just been blessed that I've been surrounded with people who totally know how to deal with me when I get an attack," she said.

When asked for tips on how to cope with anxiety, Julia stressed the importance of acknowledging attacks as they happen.

"Finding the triggers to it ... helped me a lot. Every time I'd get an attack, I'll always find the root. But, you know, sometimes, getting an attack is just so sudden, right? And it, like, it happens out of nowhere. But there are also times when it happens for a reason," she said.

"MINDGAMES". is an online-based campaign initiated by Claudia—a singer and mental health advocate, who herself had admitted to battling mental health issues—in partnership with Mental Health PH, that focuses on utilizing various forms of art and media to promote awareness and inclusivity among Filipino youth on mental illness.