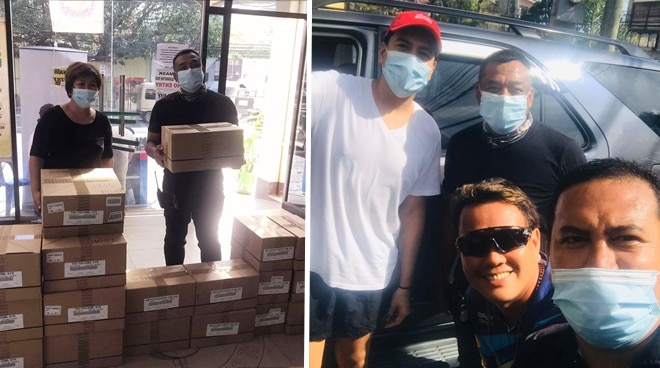 John Lloyd Cruz continues to extend help to a local community in Cebu amid the COVID-19 pandemic.

According to the report of The Freeman, John Lloyd fulfilled his promise of donating vitamins for the children and the frontliners of barangay Guadalupe in Cebu City.


The Kapamilya star has been residing in the said barangay during the lockdown.

Last April, it was reported that the actor has been asking for ways on how he can further help the barangay.

John Lloyd has been living in Cebu since taking a showbiz hiatus in 2017.

He has a son with actress Ellen Adarna named Elias Modesto.

The actor has been slowly making his showbiz comeback this year appearing in various events in Manila. He also filmed a movie titled “Servando Magdamag.”