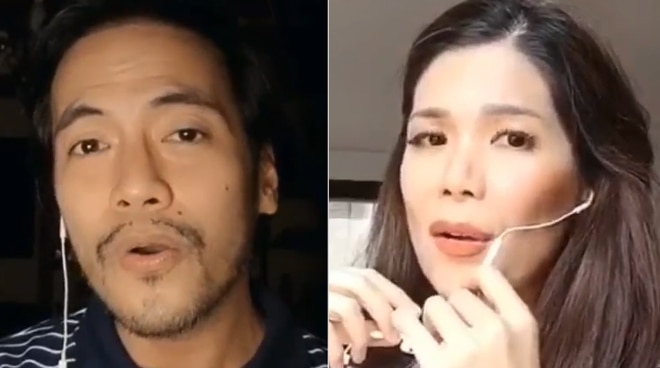 Even though it’s been more than 30 years since they first sang together as part of the hugely popular ‘90s group Smokey Mountain which was formed by National Artist for Music Ryan Cayabyab, Geneva Cruz and Jeffrey Hidalgo still remain in touch even after they left the group and went separate ways in 1992 when Geneva pursued a solo career and Jeffrey focused on his studies during that time. In their recent posts on Instagram, the two artists shared duets they recorded virtually in their respective homes. In the comments section, they refer to each other as “sis” and “bro.”

Jeffrey, who is now also an accomplished filmmaker, writer, and businessman, shared their rendition of the OPM song “Kahit Habang Buhay” which was originally sung by the second generation Smokey Mountain members while Geneva shared their video collaboration of “See The Light” from the animated film Tangled.