KC Concepcion, on Saturday, said she thinks her sister, Frankie Pangilinan, has what it takes to join the world of politics one day. 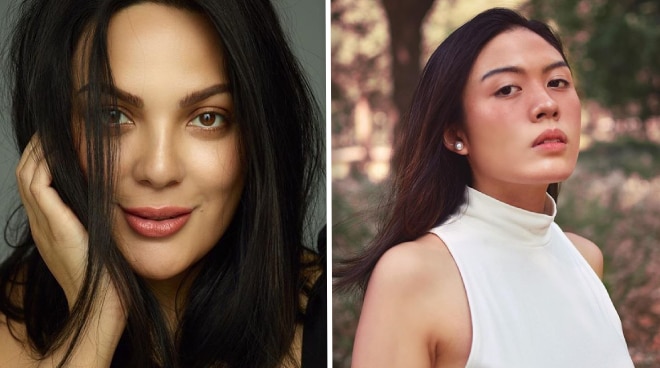 KC Concepcion on Saturday said she thinks her sister, Frankie Pangilinan, has what it takes to join the world of politics one day.

In an interview with Tim Yap for his YouTube channel, the actress-singer said Frankie’s courage to stand out and speak up makes her a perfect fit in politics.

“She writes novels. She writes songs. She loves the indie scene too. Whichever direction she might go… sometimes I see her and I’m like, ‘Girl, you can be in politics the way you express yourself.’ There are things she’s able to say that I would never be able to say,” she said.

Frankie is KC’s sister with her mother, show business veteran Sharon Cuneta. The former’s father, Francis “Kiko” Pangilinan, has been a politician since the ‘80s and is currently serving as a member of the Senate.

Meanwhile, KC said she’s happy that Frankie is now “finding herself and finding her true identity.”

“I always say, I am your Ate. I am not a perfect Ate but if ever they come to me, I will always impart whatever it is I can, based on experience,” she said.

The “Boy Golden” star also shared how equally proud she is of her two other sisters with her father Gabby Concepcion—Garie and Cloie.

“When I see Garie singing and just doing her YouTube, when I see her performing on stage losing herself, 'yung hindi siya conscious and she’s fully 100% committed to her song, I love watching her when she’s like that. She knows her range. She knows her love for music. I love seeing that,” she said.

Of Cloie, who lives in Sweden, she said: “She’s an entrepreneur at heart. She’s happy with her boyfriend and she’s living the life there. She’s very safe and comfortable there,” she said.

Given their huge age gap, KC said she prefers not to get involved in her siblings’ career choices. However, regardless of which profession they take on, she said she loves watching them grow up.

“Our age gap is so big so at some point, I just observe. I don’t get involved. But it’s nice to see people come out of their shell,” she said.