A netizen named Dong Benedict made a Minecraft rendition of the ‘It’s Showtime’ studio transformation through the years. 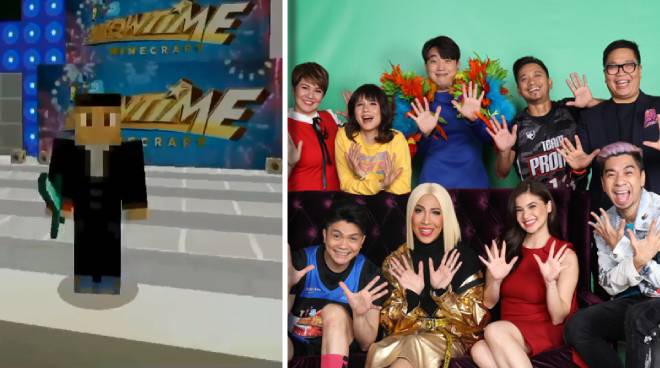 Ever since the enhanced community quarantine has been implemented in the entire island of Luzon, ABS-CBN has decided to halt the production of live shows — including It’s Showtime — for the health and safety of both on-cam talents and the production team of the long-running noontime show.

But thankfully, the media giant decided to air past episodes of the show that have been bringing joy to millions of Filipinos across the world for more than a decade now. Then again, the temporary shutdown of ABS-CBN’s broadcast operations has brought uncertainty among viewers on the return of their favorite show. And now, a post from a netizen will surely make fans of It’s Showtime miss the show even more.

On Facebook, an artist named Dong Benedict rendered version of the popular video game Minecraft showing It’s Showtime’s studio transformations over the years. At the end of the video, he also showed a Minecraft rendition of TV Patrol’s studio.

ABS-CBN went off the air last May 5 following a cease-and-desist order from the National Telecommunications. This coming Tuesday, May 26, the House of Representatives will start the hearing for the 25-year franchise of the media giant.