Liza Soberano shares why she entered showbiz at a young age

Liza Soberano says she always wanted to help her father and siblings early on. 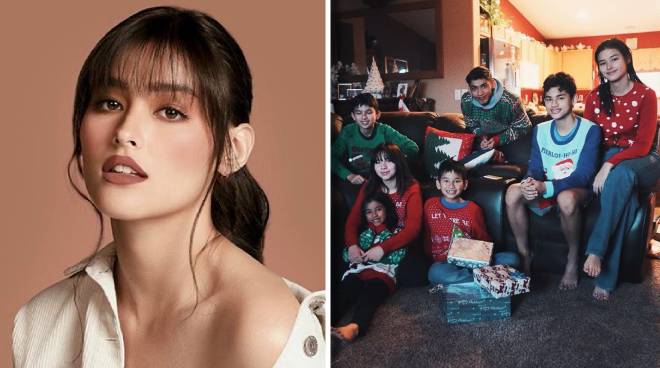 Liza Soberano revealed the reason she joined show business at such a young age. The actress shared that her motivation was for her to live together with her siblings in one home.

In a conversation with Fr. Tito Caluag, Liza shared that she always enjoyed having many siblings even when she was still living with her grandparents in America.

“I grew up with my grandparents. Eventually I was also adopted by them so by law, they are my real parents. For that reason, I wasn’t able to grow up with the rest of my siblings on my mom’s side. But I was fortunate enough that my grandparents always allowed me to visit them during summer and during Christmas break," Liza said.

Lahat ng ginagawa ko, para sa family ko. That’s how much I love them. That’s why I want to be healthy for them. Kaya I eat what’s good for me – Century Tuna! #ComebackOfTheCentury

She continued, "I got close to them. Ever since I was young, I always enjoyed having a lot of siblings. I knew that I always wanted us to be all together or to be complete,”

Liza was 10 years old when she came to the Philippines with her grandparents to meet her father who left the US when she was still one year old. The actress relayed that when she arrived in the country, she saw the rough living conditions of her father so she decided to join the entertainment industry.

“I saw that as an opportunity to be able to help. Help my dad, help my siblings. My motivation ever since then has been to complete all of my siblings under one roof,” she said.

Liza admitted though that being in showbiz is not easy, her family has become her motivation to keep thriving.

“Being an artista is really hard. You face judgment from a lot of people that you don’t necessarily know and you get criticized for doing something that you hope will inspire or make other people happy. It’s not easy but my motivation has driven me to work extra hard and to not give up because I know that there are people that count on me,” she remarked.