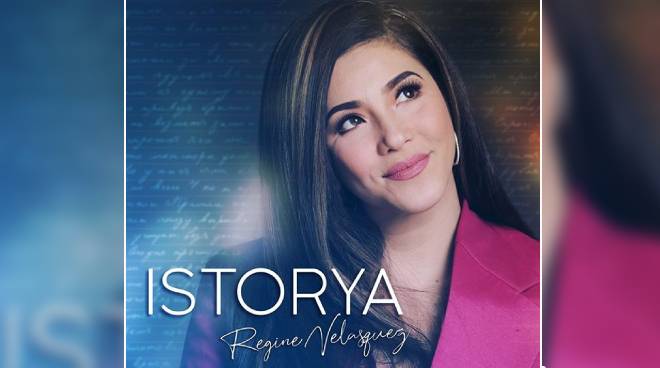 This piano ballad is Regine Velasquez-Alcasid’s first with Viva Records after the “R3.0” double-disc release that also coincided with a concert that commemorated the Songbird’s 30th anniversary in showbiz.

Ang “Istorya” ay original ng The Juans at sinulat ng band vocalist na si Carl Guevarra. “Istorya” is an addition to Regine’s repertoire of covers. Fans would remember that the songbird first sang the song at her 2019 “Iconic” concert.

“Istorya” is a fan-favorite for The Juans and has been streamed several million times on popular streaming platform Spotify. In the hands of Regine, the song has transformed into a gradually rising scorcher that likewise became a fast favorite among Regine’s legion of fans.

Bilang isa sa OPM’s best-selling artists of all time, Regine is known for the powerful emotional performances that she imbues her songs with. And the Raul Mitra-arranged “Istorya,” is no exception, as Regine—in story-teller mode—convey the tale of a love that was doomed to fail.

Regine has been trying out new covers to add to her own classic hits. During her aforementioned online concert, she also tried out the Unique Salonga track “Sino.”

Hopefully “Istorya” will just be the first among many other covers that Regine can do a version of. After all, fans have always put a high regard on Regine Velasquez-Alcasid versions as her albums “Covers Volume 1” and “Renditons” from “R3.0” remain favorites from her catalog.

“Istorya” will be released on May 1 on all streaming and digital platforms. The official lyric video will likewise be released on YouTube on the same day.