The agencies of the group, dubbed 97-liners, have since apologized after admitting that reports that the K-Pop idols went out on a club-hopping were true. 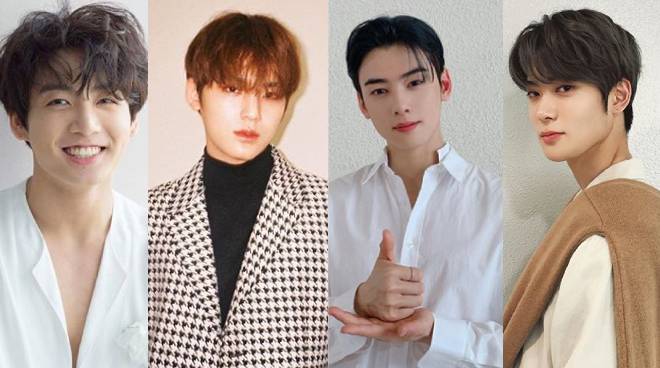 The agencies of Jungkook of BTS, Mingyu of SEVENTEEN, Cha Eun-woo of ASTRO, and Jaehyun of NTC have issued statements apologizing on behalf of the K-Pop idols after spending a night out in Itaewon where the resurgence of coronavirus (COVID-19) cases spiked recently.

Yesterday, May 18, South Korean news outlet Dispatch reported that the group, known to fans as 97-liners, allegedly went out to grab some dinner at a restaurant at Itaewon before going on club-hopping around the same neighborhood last April 25.

The boys have also complied with the order of the South Korean government telling those who have gone out to Itaewon from April 24 to May 6 to stay at home for 14 days. Likewise, the agencies of the four boys have confirmed that they have tested negative of COVID-19.

See the statements published through Naver and Yongsan, as translated by South Korean entertainment news site Soompi, below:

“Last week, several news outlets reached out to us to ask about whether Jungkook had visited the neighborhood of Itaewon, and we sincerely apologize for belatedly realizing that the agency’s response to the questions were problematic,” Big Hit, Jungkook’s agency, wrote.

It added: “It is true that Jungkook went to the neighborhood of Itaewon. However, at the time, he did not go to the place that became a problem due to the confirmed case in early May, and Jungkook was in Itaewon a week prior to the first confirmed case (first case related to the chain of infections in the neighborhood of Itaewon). Moreover, to abide by the government’s guidelines, Jungkook took measures such as receiving a test for COVID-19, so we deemed it inappropriate to reveal our artist’s private life to the public.”

It went on: “However, there is no room for excuse regarding the fact that we, as the agency of the artist in question, had not properly recognized the heavy importance of social distancing and prioritized the protection of the artist’s private life over it. We bow our heads to everyone in apology.”

The statement continued: “On the evening of April 25, Saturday, Jungkook visited a restaurant and bar in the neighborhood of Itaewon with his acquaintances. He showed no symptoms of COVID-19 such as coughing or a fever following the visit. He voluntarily received a test for COVID-19 at a government-designated hospital and tested negative. The artist himself is currently feeling deeply regretful for not having faithfully contributed to the entire society’s social distancing efforts.”

Big Hit concluded: “We at Big Hit are doing our best to follow social distancing protocols as well as other guidelines and prevention methods for COVID-19. We will follow [the guidelines] more thoroughly to ensure that such things do not happen again. We apologize for causing concern to many people including fans.”

The statement added: “Mingyu is deeply reflecting on his inappropriate behavior of not abiding by the social guidelines during the government’s social distancing period. Immediately after confirming that he had visited the area during the period specified by the CDSCHQ, he was voluntarily tested for COVID-19 at a government-designated hospital even though he did not show symptoms of COVID-19 such as coughing or fever. After he received negative results, he has been in self-isolation and has carefully followed the guidelines of personal hygiene.”

It went on: “We at the agency feel deeply responsible that a situation like this has arisen due to our careless management of the artist.”

It continued: “We sincerely apologize for causing concern and worry to fans who send love and attention [to our artists]. To prevent something like this from happening again, we will emphasize the importance of social distancing and personal hygiene to our artists and pay careful attention to ensure that our artists follow the guidelines.”

Apologizing for the actions of Mingyu, Pledis concluded: “We once again bow our heads in apology.”

On the other hand, Cha Eun-woo’s agency, Fantagio said: “We have confirmed that Cha Eun Woo went to the neighborhood of Itaewon on April 25. We apologize that he didn’t follow social distancing guidelines and caused concern due to our careless management,” Fantagio wrote.

It added: “Cha Eun Woo did not go to the location that became a problem in early May with a confirmed case, and when we asked the Korea Centers for Disease Control and Prevention on if he is a subject for COVID-19 testing, we were told that it is not required if he does not have symptoms.”

It went on: “However, he was tested for the health and safety of the artist and those around him, and he tested negative.”

The statement continued: “No matter the reason, it was a thoughtless action for our artist Cha Eun Woo to visit the Itaewon area when the entire nation is practicing social distancing, and the artist himself is deeply reflecting on not faithfully contributing to the social distancing efforts.”

Fantagio concluded: “We promise to put in our full effort for an incident like this to not happen again by having all of our artists strictly follow the preventative guidelines. We apologize for causing concern.”

SM Entertainment, who manages NCT’s Jaehyun, wrote: “We apologize for causing concern during a time when many people are struggling due to COVID-19.”

It added: “On April 25, Jaehyun visited a restaurant and bar in the neighborhood of Itaewon, but he did not go to the specific club that became a problem, and [Jaehyun’s visit to the neighborhood] took place seven days prior to the confirmed case.”

The statement went on: “Jaehyun did not show symptoms, but when COVID-19 broke out in the club in Itaewon and started to spread, he voluntarily received a COVID-19 diagnosis test and tested negative.”

It stated: “Jaehyun is deeply reflecting on the fact that he was not careful during the period of social distancing when everyone should be refraining from everyday gatherings.”

“We also deeply apologize for failing to guide and manage our artist to ensure that he carefully follow social distancing protocols during his personal time as well,” the statement continued.

Concluding the statement, SM wrote: We will work harder on the management of our artists to prevent something like this from happening again. Once again, we apologize for causing concern to fans and many other people.”

The four members are part of 97-liners in reference to K-Pop idols born in the year 1997.