In an interview with ‘Elle Korea’, Kim Hee Ae discussed her thriving career and her role in 'The World of the Married.' 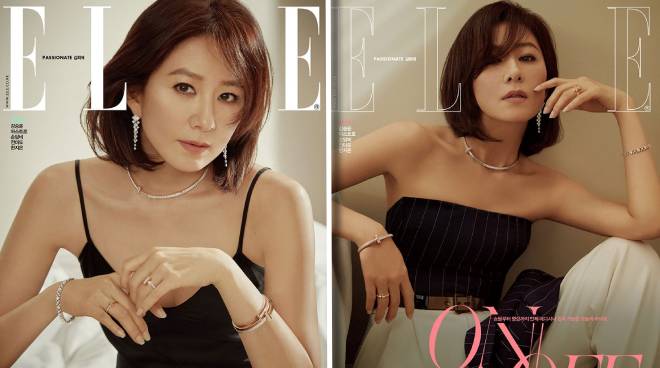 The World of the Married star Kim Hee Ae is Elle Korea’s cover star for its June issue.

In an interview with the magazine as translated by entertainment website Soompi, Hee Ae discussed her thriving career and her role in her popular series.

Asked on how she remains passionate in every project she has been given, she replied, “I always think of it as the last chance I’ll have. I have been shaped by my pressing thoughts like, ‘When will I ever be able to play a role like this?’ It has gotten me to this point today. Whether it is someone’s acting or directing abilities, I think it all comes out fundamentally from a person’s heart and thoughts.”

On her character Ji Sun Woo in The World of the Married, Hee Ae remarked that she thinks her character’s honesty is the reason why many viewers can relate to her character.

LOOK: 10 Times ‘The World of the Married’ star Han So-hee wowed the online world with her beauty

She stated, “Ji Sun Woo is someone who does her best to live in an honest manner and doesn’t care about what anyone thinks when expressing her emotions. In some ways, she does have an aggressive and stubborn side to her. Regardless, I think viewers are relating to and supporting her confidence and honesty.”

Catch the full interview in the June issue of Elle Korea.