Ron Morales and his family migrated to Canada in October 2018. 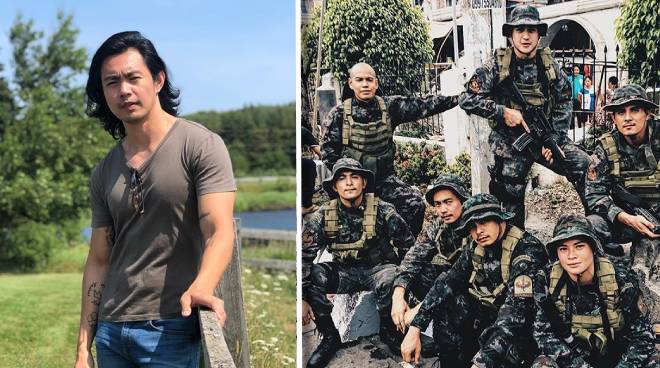 Former FPJ’s Ang Probinsyano star Ron Morales is now happily settled in Canada after migrating to the country in October 2018. Though his career in Canada is far from what he was doing in the Philippines, Ron remarked that he has is happy with his new job.

Ron is now cook at a local restaurant on Prince Edward Island. He is assigned to kitchen preparations.

"The chef trained me to do all the preparation the business needs. I can say I enjoy what I do. My wife is presently a stay-at-home mom, but she previously worked for a few months here as an early childhood educator (ECE) in a daycare," he said in an interview with ABS-CBN News.

Ron is married to Victoria Villamin, a former employee of ABS-CBN. They have two kids. According to Ron, after more than a year of living in Canada, his family is now adjusted to the life there.

“I can say we are fully settled after more than a year of living and working here. Definitely, there were challenges from the early stage of migration. But I can say generally it was smooth transition. Because of the family-friendly environment, peaceful and little to no traffic lifestyle PEI offers. We were detoxed from the city life we had back in the Philippines. We are missing the summer weather, though, back home, especially when it is winter season here," he shared.

But he admitted that he has been missing his life in showbiz. "I definitely miss showbiz, my colleagues and the grind itself. In Manila I miss family, friends and, of course, food!”

He remarked that he is still open to doing acting projects again.

“Hopefully, if an opportunity for acting will come my way again, I will be open to make creative projects again,” he stated.