EXCLUSIVE: Assunta de Rossi talks about being pregnant during lockdown: ‘Pregnancy is not at all glamorous’

Assunta de Rossi shares her experience after entering her second trimester while being on home quarantine with husband Jules Ledesma. 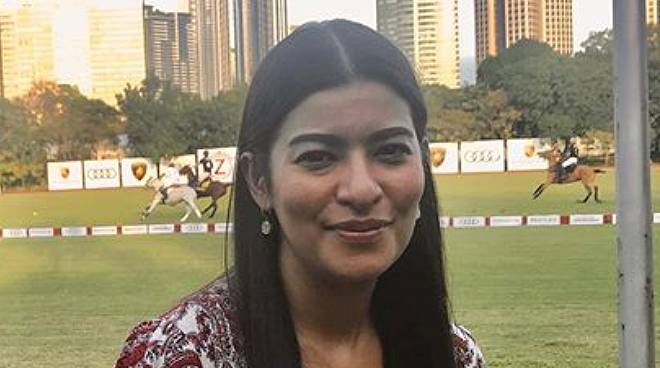 With many were happy and supportive after she broke the news of her pregnancy after 16 years of marriage, Assunta de Rossi-Ledesma admitted that it was shock to her to find out she was pregnant and have to experience it while doing quarantine as well. “It was totally unplanned and it happened naturally. I've long accepted that I won't be able to conceive the natural way and that I needed medical intervention, so it really was a pleasant surprise for both of us. Unfortunately, I didn't have time for any preparation kasi biglaan! All I could do was to take advantage of the situation and get plenty of rest. Wala din naman kasing magagawa, and also naglalabasan na symptoms ko kaya that was all I could do. Just eat and sleep,” she told PUSH.

In her Instagram post last May 5, Assunta said that part of the reason why she was having difficulty conceiving was because of her pre-existing conditions which included myoma and endometriosis. The 37-year-old actress also admits she has not gained any weight since finding out she was pregnant. Last year, she and her husband Jules admitted in a previous interview that they were taking time off  from their careers to focus on having a baby.

Assunta admitted she did have concerns after the country went under enhanced community quarantine last March. “I was worried because the last time I had a doctor's appointment was two or three days before lockdown. I still am worried. But I try not to stress myself so much. Thankfully, nothing weird is happening so that's a relief. I have a pregnancy tracker on my phone, though. I'm currently 14 weeks pregnant and supposedly the baby is about the size of a pear. Matigas na rin yung bump ko. This is all new to me, so to experience this in the middle of a pandemic is tough. I know a ton of people are having it worse than me, so hindi na ako ngangawa. Constant prayers lang talaga. Thank God hindi ako delikado,” she said.

Currently doing a lot of bed rest, Assunta said it has been a very challenging pregnancy. “I’m stuck in bed all day, feeling horrible. Nausea and dizziness are my enemies these days. I can't even gain weight kasi hirap akong kumain. Pinipilit ko naman, saka I take vitamins. I do miss being active, but my body feels overworked. Minsan late na ako nakakaligo kasi tulog nga ako maghapon. I remember during  the early stages of my pregnancy, constipation almost killed me. So I changed my diet. Sa mga nakakaranas nito, damihan lang ang fiber, cut back on white carbs, and drink prune juice.

“Pregnancy is not at all glamorous, but it's the most beautiful miracle,” she shared.