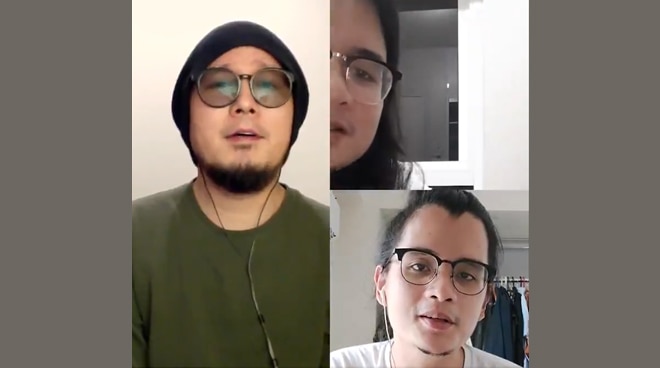 On Thursday, May 14, the two bands released their “fun collab," in which Ben&Ben offered a fresh musical arrangement of Scrubb’s “Everything” using makeshift instruments at home.

fun collab with Thai band @scrubbband ! we did their song "Everything", using scrubs. and other house things pic.twitter.com/8yBfiptKwf

“Everything” is one of Scrubb’s songs featured in the Thai BL drama “2gether” about school mates whose pretend romance becomes real. The show, adapted from the 2019 Thai novel of the same name by JittiRain, has become a social media sensation among Filipinos.

Just last week, its lead stars Bright Vachirawit and Win Metawin, who play the roles of Sarawat and Tine respectively, were featured in an interview on “TV Patrol” to talk about the ongoing series, which is free to watch on YouTube.