Robin Padilla and Mariel Rodriguez did not forget to honor those who have been helping them raise their two children, Isabela and Gabriela, on Mother's Day. 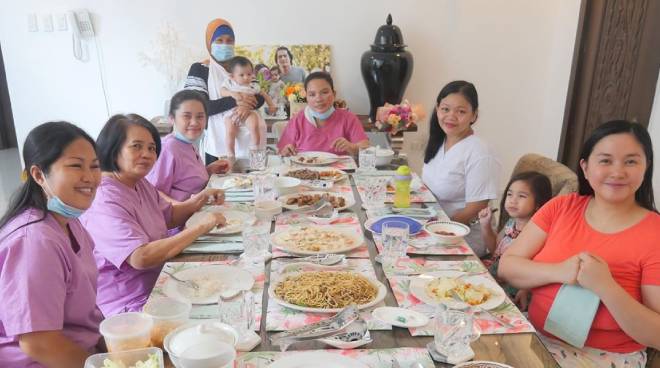 Robin Padilla and Mariel Rodriguez did not forget to honor those who have been helping them raise their two children, Isabela and Gabriela, on Mother's Day.

On Instagram, the couple shared photos from an intimate celebration they prepared for their house helpers last Sunday, May 10.

In the said photos, each one of their nannies is seen carrying a bouquet of fresh flowers.

Mariel, for her part, wrote: "Mother’s Day is my most favorite occasion of all!!! The most important one for me. I have done many things in my life but being a mother is second to none. Shared this day with my fellow nanays in our home."

This is not the first time that Robin and Mariel had paid tribute to their house helpers on Mother's Day.

Last year, the couple also extended their gratitude to their nannies by surprising each of them with bouquets of flowers.

“To me Mother’s Day is most important. Iba ang hirap at saya ng pagiging ina," Mariel had said.

"I wanted all the moms in our household to feel that they should and deserve to be honored. Salamat dahil nanay nanayan din kayo ni [Isabella Padilla]," she added, referring to her first child Isabella.