Is Katy Perry collaborating with Taylor Swift for her new song 'Daisies'?

Katy Perry is set to release her new song 'Daisies' on May 15. 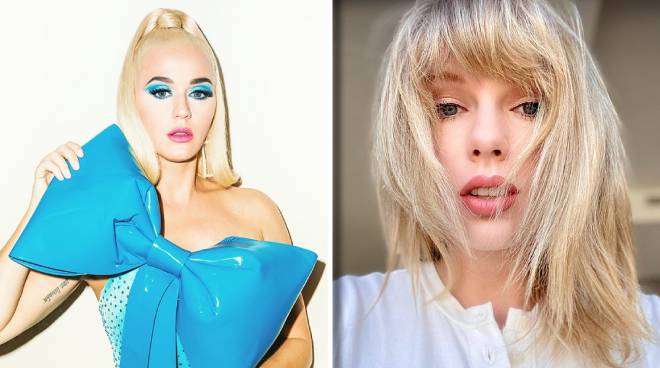 Rumor has it that Katy Perry collaborated with Taylor Swift for her new song “Daisies.”

In an interview with entertainment website ExtraTV.com, Katy was asked if the rumors are true and she coyly replied, “Well, you're just gonna have to tune in to 'Idol' next week if all rumors are true or false.”

Katy currently sits as a judge in the new season of American Idol.

Though she did not verify nor deny the rumored collaboration, what Katy shared was that her team has come up with ways to perform her new song.

"What I can tell you is we had plans to do different things a couple months ago and had to pivot. I’m really excited personally speaking because my team and I have come up with a really innovative way to perform the new song ‘Daisies' that comes out on Friday," Katy said.

Katy announced on May 8 (PH time) that her new song “Daisies” will be released on May 15, which is part of her upcoming fifth album.