After coming out with a joint statement clarifying their relationship status, fans of Maymay Entrata and Edward Barber now have a new reason to speculate after the actress deleted photos of the actor 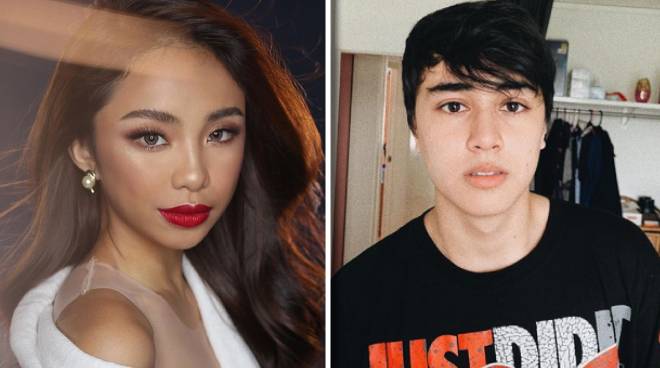 They have just denied being in a romantic relationship.

And while both Maymay Entrata and Edward Barber have maintained that they are still very much a love team and are each other's "best friends", fans now have a new reason to speculate after the actress deleted photos of the actor from her Instagram account.

Save for a few promotional posts, there are no more photos of Edward on Maymay's page, including a shot of them together basking in the beauty of the northern lights in Norway and a photo posted by the latter to celebrate their third anniversary as a love team.

Maymay's decision to wipe traces of Edward came just days after the onscreen tandem issued a statement clarifying the status of their relationship.

"Masaya at masarap po sa pakiramdam ang idea ng isang romantic relationship, but as we go along our journey, we realize na hindi basta-basta lang to get into a relationship,” the two said.

“Sa ilang taon naming pagsasama, sa trabaho man at sa personal, pareho po namin na-realize na sa estado ng buhay namin ngayon, we both are still very young, and there is so much more we want to achieve in our lives. Pareho po namin na-realize that being the best of friends will even be more beneficial for us. Mas kumportable kami makakapagtrabaho. Wala pong pagbabago. Kami pa din ang magkasama dahil there’s no one else we would rather work with than each other,” they added.

Maymay and Edward have been an onscreen couple since being part of ABS-CBN's reality show "Pinoy Big Brother."